Serving at Hope of Jesus 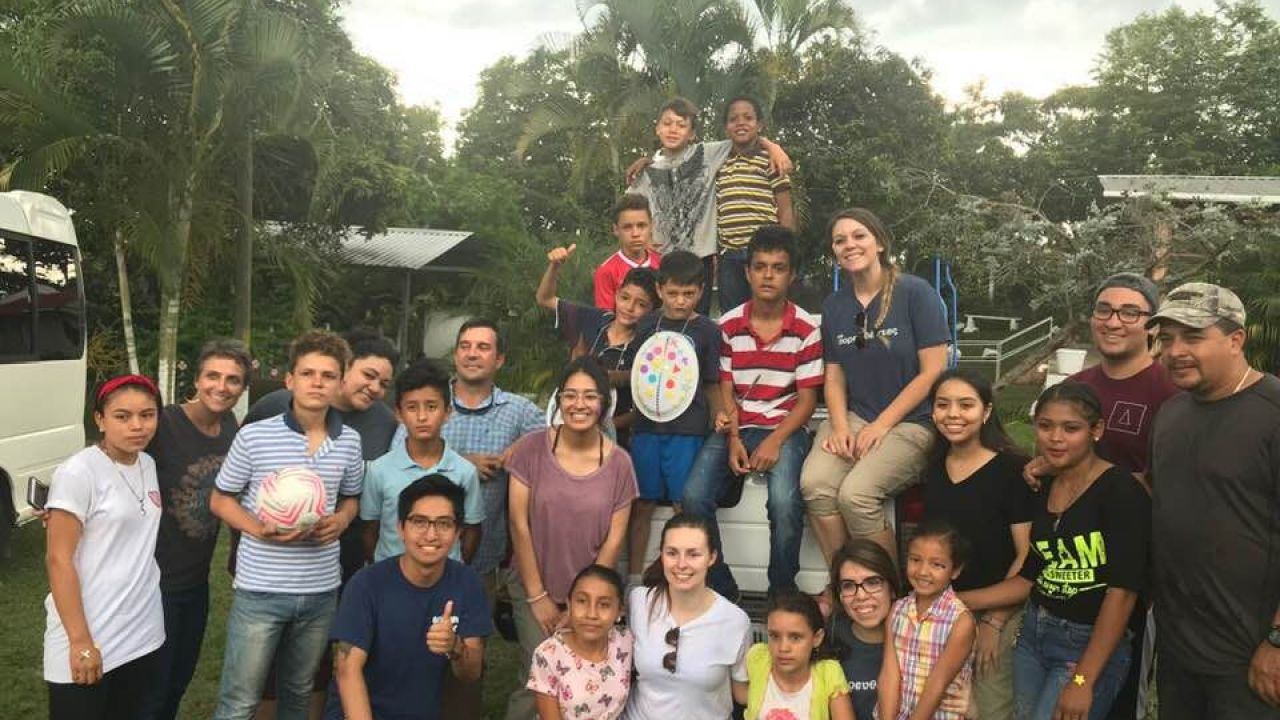 Nestled in the Honduran mountains, sits a small white chapel with a stained-glass cross. Its humble walls hold the heartfelt praise and quiet prayers of seventeen children and their surrogate parents, Mike and Kim Miller. Together they are building community and a family through their organization, Hope of Jesus Children’s Home.

The Millers came to Honduras from Florida, as missionaries with SAMS. In 2006, they founded Hope of Jesus Children’s Home and took in their first child. They recently partnered with Orphan Outreach and a small team was able to visit them for the first time this past June.

The team leader was Kelly Liston, a long time traveler with Orphan Outreach. Her group was a mixture of new and experienced travelers, coming together from all over the United States. The team split their time between Hope of Jesus and another Honduran partner ministry, NiCo. Unfortunately, their already short trip was shortened even further by both flight and in-country travel delays.

“I’ve never had so many things go wrong in one trip,” laughed Kelly, “But the team was flexible and had great attitudes. Irena and Elmer (both staff members with Orphan Outreach's Honduran NGO partner AME) were unbelievably wonderful and everything worked out great.”

Despite a few changes to their plans, Kelly and her team arrived at Hope of Jesus late Saturday evening. They were able to spend the next two days pouring into the children and staff.

“I think everyone would’ve like to have spent more time with them. Though, even when we have the whole week it doesn’t feel like enough time. But, the kids engaged with us quickly. They were very happy we were there to play and talk with them.”

Kelly appreciated the way the Millers maintained the children’s schedules despite the arrival of the team.

“Instead of coming in and disrupting everything with a schedule of our own, Mike and Kim let us know when we would have the kids. It worked out really well! The children had to do their chores before they could join us, and because of some issues in-country, they didn’t have school. So, we got to spend the whole time with them, which was great.”

As a part of their preparation for the trip, the team developed a few fun activities for the kids. “When we found out the children were between the ages of nine and seventeen, we tried to do something that was geared more towards teens.  One of the ladies on our team, Christy Engvall, is a science teacher. She did some amazing activities with the kids to show them not only science but how we are connected to God. The kids just loved that and actually, we ended up doing some of the same experiments again later that week at NiCo.”

Amid the games and activities, there was plenty of time left for the team to simply sit with and get to know the children themselves. Often, the most powerful moments happen when team members have an opportunity to speak into a child’s life and build them up.

“During our time there, Mike asked us to be praying for some of the young ladies and men and for wisdom in how to guide them through that time.

“It just so happened, one of the young ladies became infatuated with my son. He actually had the opportunity to sit down with her and talk about true love. He shared with her that a young man can care for a girl’s heart and well being, and that the physical side of a relationship can wait until later; that it’s not as important. He encouraged her to seek out a man that put her heart first and to hold onto the truth that she is deeply loved by Christ. It was really beautiful to see him minister to her heart in that way,” said Kelly.

To Kelly, one of the best parts of the trip is ministering to the staff of the home. The night before they left, they were able to do just that.

“Monday evening, we were able to pray over Mike and Kim and their staff. We prayed for their ministry and also for their marriage. We asked that God would provide all the things they needed to continue running their program.” It was clear to Kelly, the Miller's values were deeply reflective of their home’s name: ‘Hope of Jesus’.

“Everything they do is Christ-centered and focused not only on the children's care but also their future. They are teaching them to be leaders, not only within their family, but also in church and in Christ. They’re set on breaking the cycle of poverty in that area and on making stronger families. In fact, they do their best to find a healthy family member for each child to connect with. Sometimes, the child is even able to leave Hope of Jesus and live with that family member. But if that isn’t possible, every one of those children feels they are a part of Mike and Kim’s family.”

Since returning home, Kelly has been considering what the Lord might have her do next.

“There was one Bible verse that came to mind all during that week. It reminded me that we have been given the responsibility of caring for the vulnerable,” Kelly shared. “It was Luke 12:48, ‘From everyone who has been given much, much will be demanded; and from the one who has been entrusted with much, much more will be asked.’ I am abundantly blessed. As I wrap my head around ‘what can I do next?’, I know God has given to me what is needed to do the next step. I'm in!

Click here to support the ministry of Hope of Jesus

back He guides you where He wants you to serve... Our foundation is strong. The future is bright because God is still the author. next