He guides you where He wants you to serve... 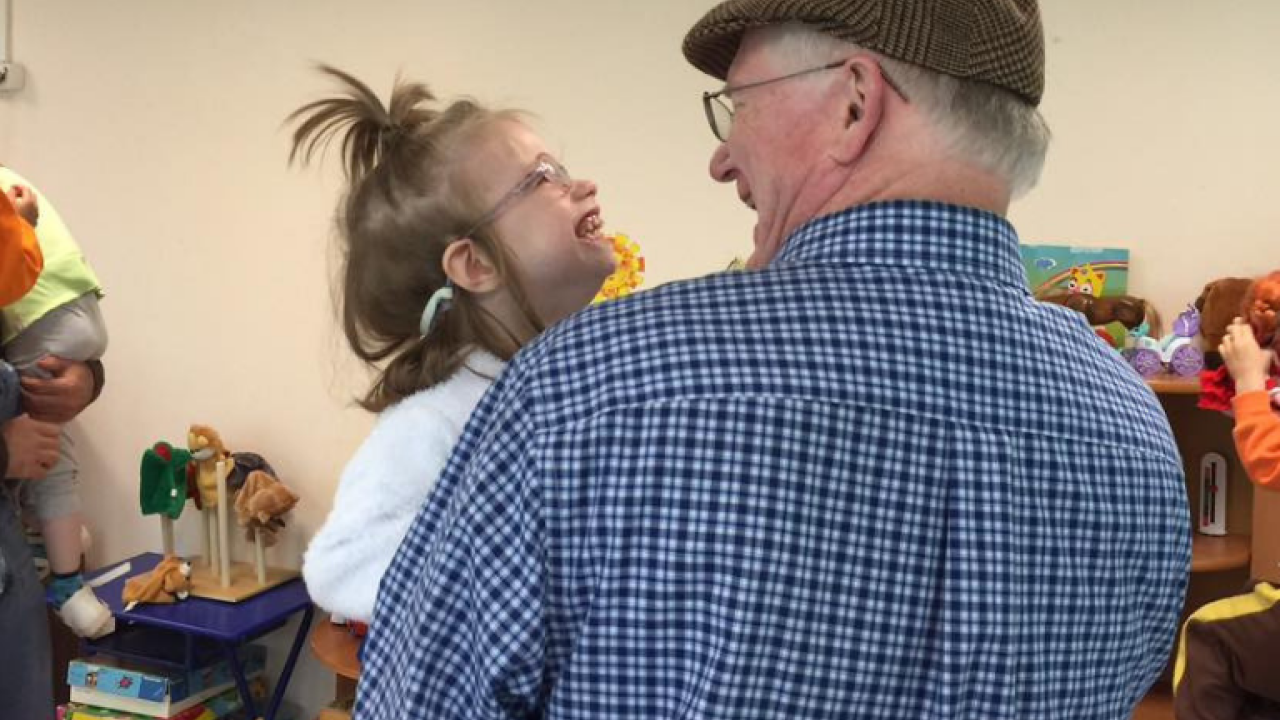 “You know, it wasn’t my life‘s plan to start a ministry at the age of 55,” laughed Mike Douris, founder and president of Orphan Outreach. “I was kind of heading in a different direction; but that’s the way God works. He guides you where he wants you to serve.”

Mike received his undergraduate degree in juvenile delinquency and continued to work within the criminal justice system while pursuing his Master’s degree at Dallas Theological Seminary.

Thinking he was on the road to becoming a pastor, Mike’s plans were sidetracked by an offer to work at Buckner International.

“While I was praying through that job offer, my wife and I lost our daughter, who had special needs. That experience reinforced my desire to work with vulnerable children, so I made the decision to go to Buckner. And if I had the choice to do it all again, I’d do it in a second. It’s an amazing thing when your passion can be your life‘s work.” Mike worked at Buckner for 22 years. He served in a variety of roles, the most notable being a twelve year stint establishing and developing multiple international programs. But around 2008, Mike began to sense it was time for a change.

“There were changes going on at Buckner that led me to believe it was time to retire. But as I spoke to some of the staff, and even some donors, there were was a general sense that we wanted to start another ministry. So, we prayed and the Lord showed us in very clear ways He wanted us to walk through that door. When we started out, my hope was that the Lord would bless it.  We joked at first that by the next year we may be looking for jobs again, but Lord provided.”

For their first year, the board planned a budget of $500,000, but they raised closer to $750,000. The next year they raised over $1 million, and this year the organization operates on a $5 million budget.

According to Mike, having the financial resources is only part of the puzzle. Strong leadership and a passionate board is critical to the success of an organization. It’s an aspect of the ministry Mike has taken seriously since day one.

“When we formed Orphan Outreach, we looked for strong board members that had a passion for the work that we do. We didn’t want someone who was just coming for the meetings and the title. We wanted them to really cared about our mission. The Lord has blessed us with amazing board members who are passionate about doing this work with excellence. I thank the Lord every day for every one of our board members. Many of them I’ve known for a couple decades, now. They’re high-quality, dedicated Christians who care about kids. Orphan Outreach would not exist— its work wouldn’t be as effective- if it wasn’t for our board.” When asked if there is one particular ministry he favors, Mike responds by saying he could no sooner choose a favorite child than a favorite ministry within Orphan Outreach. He sees beauty in the strengths and weakness of each ministry partner and the kids they serve.

“Every program we have is special and unique. Every one of the countries we’re in has people that are amazing, children who are just incredible, and miracles that have happened. It’s a privilege to be in each one of them,” said Mike.

As President, Mike travels extensively; visiting each of the eight countries at least once per year, and several of them multiple times, depending on the program’s needs. While Mike enjoys his day-to-day work of administrating, advocating, and traveling, his passion lies in building relationships with the children and with the ministry partners who serve them.

“My favorite part is being with the kids and having an opportunity to hear from them. It keeps me focused on our mission. I’ve never met a kid who said they want to grow up in an orphanage. They all want families. Every one of them, dreams of being more than what people expect them to be. They have dreams of being doctors and lawyers and teachers- and that’s true for every kid around the world. It’s a blessing to be able to walk through life with them; through the tragedies and victories. It creates a bond that’s hard to describe,” said Mike.

According to Mike, in order to serve orphans well, one must be motivated by love and committed to excellence.

“I think, many times, in their excitement to serve, the church neglects to take advantage of the research and best practices that are out there,” Mike explained. “Of course, what is considered ‘best practices’ is always shifting, so you have to keep up with current research and always be asking yourself, ‘how can we do this better?’. I think Orphan Outreach does a good job of that. Our compassion and love for the kids is what drives us and we are dedicated to finding the best ways to care for them.”

“First of all, I pray that we would never measure our success by how big a ministry we are, how many ministry sites we have, or the number of children we serve. Instead, we should measure success by how well we serve each individual child. We’re committed to the best of our ability to have real impact on kids and I don’t want us to ever lose sight of that. Secondly, I pray we never lose our culture of relationships. I truly value the relationships we have between the board, the staff, our partners, our donors, and our trip participants. It’s all about relationships! So, I pray we continue to serve each other with love, as we serve the kids. And finally, I pray we always stay in the center of the Lord‘s will; that we aren’t ahead of him or behind him but we’re right exactly where he wants us to be and are willing to go where he leads.”

Mike is married to his bride of 45 years, Anita. Together they have three adult children, all of whom are married, and three grandchildren who are the joy of their lives. Anita recently retired from Dallas Baptist University. She hopes to join Mike on more of his trips around the world.

While he never imagined he would launch a new ministry at 55 years old, Mike says he wouldn’t change a thing.

“I pinch myself every day that I get to work with this group and be part of doing life and ministry together. Orphan Outreach is all about people and it takes a lot to make a ministry work: not only a great staff and a great board, but also our volunteers and donors. They are amazing people that have grabbed ahold of our vision and sacrificed their time and treasure to make this all possible. It’s a privilege to be doing this work alongside them.”

back Saying Yes to Gideon Our foundation is strong. The future is bright because God is still the author. next