The Enduring Power of Sponsorship 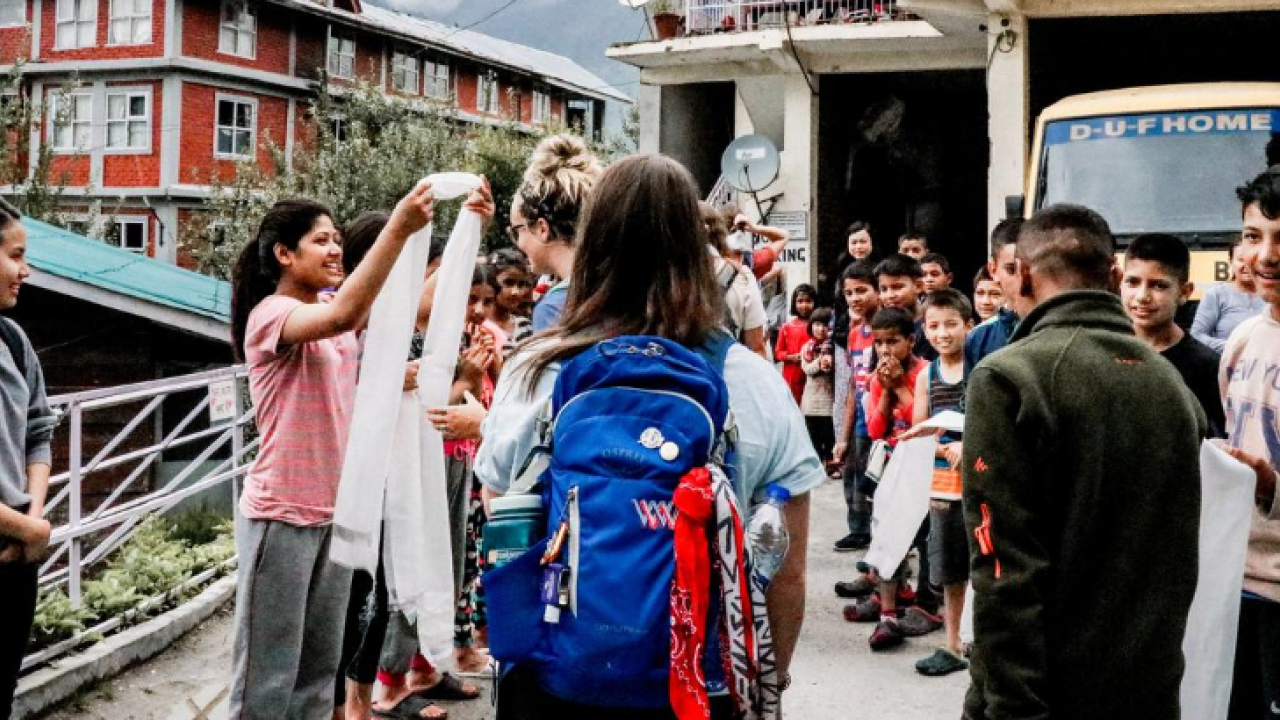 In the midst of a global pandemic, it seems not a single life goes unaffected. The greatest impact, however, often falls on the most vulnerable. That is why now, more than ever before, is the time to sponsor a child.

“Right now, our world is in chaos. But chaos is made more comfortable when you can afford an education and put food on the table. That’s why this is the time to sponsor a child. Sponsorship ensures these kids have everything they need: food, an education, and a chance to learn about God,” Emma Barnhouse shared.

“I have felt called to India since I was twelve years old but had never had the opportunity to go,” said Emma, “So, when ACU put on their annual Missions Week, I asked the Missions Coordinator if there was an organization going to India. That’s when he told me about Orphan Outreach.”

Jesse, an alumnus of ACU, was also on that trip, serving as a trip leader and the ACU representative.

“My role was ensuring the safety of all the students who went on the trip. I also worked closely with Ronne Rock and facilitated activities like our daily worship sessions and lesson plans. I basically made sure everything went smoothly,” explained Jesse.

Both Jesse and Emma had served on overseas mission trips before, but neither had been to India.

“When we got off the airplane and started traveling toward Manali, it honestly felt like a dream. As we traveled into Himalayan Mountains, the views were breathtaking,” Emma said.

Their team arrived in Manali around five in the morning and got a few, fleeting hours of rest before traveling to the orphanage for the first time.

“When we arrived at the orphanage, the children lined the streets leading up to the entrance,” Emma remembered. “They gave us these beautiful, white scarves and made us feel like the guests of honor. I have never experienced a welcome like that before. We thought we were the ones coming to serve them, and here they were, serving us.  They were so excited to show us how they lived.”

For the next several days, Jesse, Emma, and the rest of their team spent their waking hours playing and spending time with the kids.

“I’ve gone on mission trips where we have built homes or made repairs, but this wasn’t that kind of trip. We weren’t painting rooms or building homes; we weren’t doing any type of evangelism. We were simply loving on the kids, being there for them, and I think that has been the most worthwhile mission I’ve been on,” Jesse expressed.

“I think that’s the greatest part of Orphan Outreach”, Emma affirmed. “They don’t turn their back on the children to do the mission, the kids are the mission. That’s something unique that I’ve never experienced.”

While they played with all the children, both Jesse and Emma made special connections with two kids in particular. “When I first met K, he was this funny little guy who sat in the corner with crossed arms,” Emma remembered. “He would kinda growl at anyone who tried to interact with him, but he had the sweetest little face. I made it my mission to get him to laugh by the end of the week. Within a few days, he and I had a fun little friendship and I felt led to become his sponsor.” “C was my buddy right from the start,” shared Jesse. “We did everything together that week. I basically let him lead me to whatever activity he wanted to do next: playing soccer, drawing pictures, anything. Even as I played with other kids, he would be right there, holding my hand. Some people started calling him my ‘little shadow’ because he was always following me around, which I loved. He definitely was fun, I loved spending time with him.”

Emma and Jesse both filed sponsorship paperwork that week as did several other students on the trip. In fact, the students had such a wonderful time, nearly everyone who had attended planned on returning the following summer.

“I was planning on leading the trip again and the majority of the students were wanting to return, as well,” Jesse said. “Unfortunately, around March we started to question whether or not we’d be able to go. We felt the heaviness of everything... something just felt off. It felt like it wasn’t meant to happen this summer. It broke all of our hearts, especially the students who had become sponsors. We were all really looking forward to seeing our kids again.”

While the students were deeply disappointed to no longer have the opportunity to visit their kids in person, it renewed their commitment to sponsorship in an unexpected way.

“Cancelling the trip made me realize that I’m not gonna be able to see C every year, which is very hard to process. But it’s also been a reminder of why I chose to sponsor him in the first place. Sponsorship means if I’m not physically there, I’m still able to support him and care for him. Anything I can do to stay connected to him and to the orphanage is worth it,” Jesse stated.

“International missions may not be something everyone can do, but sponsorship is. Sponsorship can be as much as you want to make it. It can be as simple as making a monthly, automated payment, or it can be writing letters regularly, praying consistently, or traveling once a year to visit. It’s the most simple, impactful thing you can do to restore hope for these kids.”

While Emma and Jesse hope to see their kids next summer, they find comfort in knowing their children are well cared for and through their sponsorship, well provided for.

Let today be the say you say “I believe in you” through sponsorship. By sponsoring a child you will provide the essentials they need be successful! And when we're able to travel again, you too can get to know your child even more!

Visit our Sponsorship page and help provide for a child, today.

back Central American Partnerships Bring Hope in the Midst of the Pandemic Our foundation is strong. The future is bright because God is still the author. next