Running for Hope in Latvia 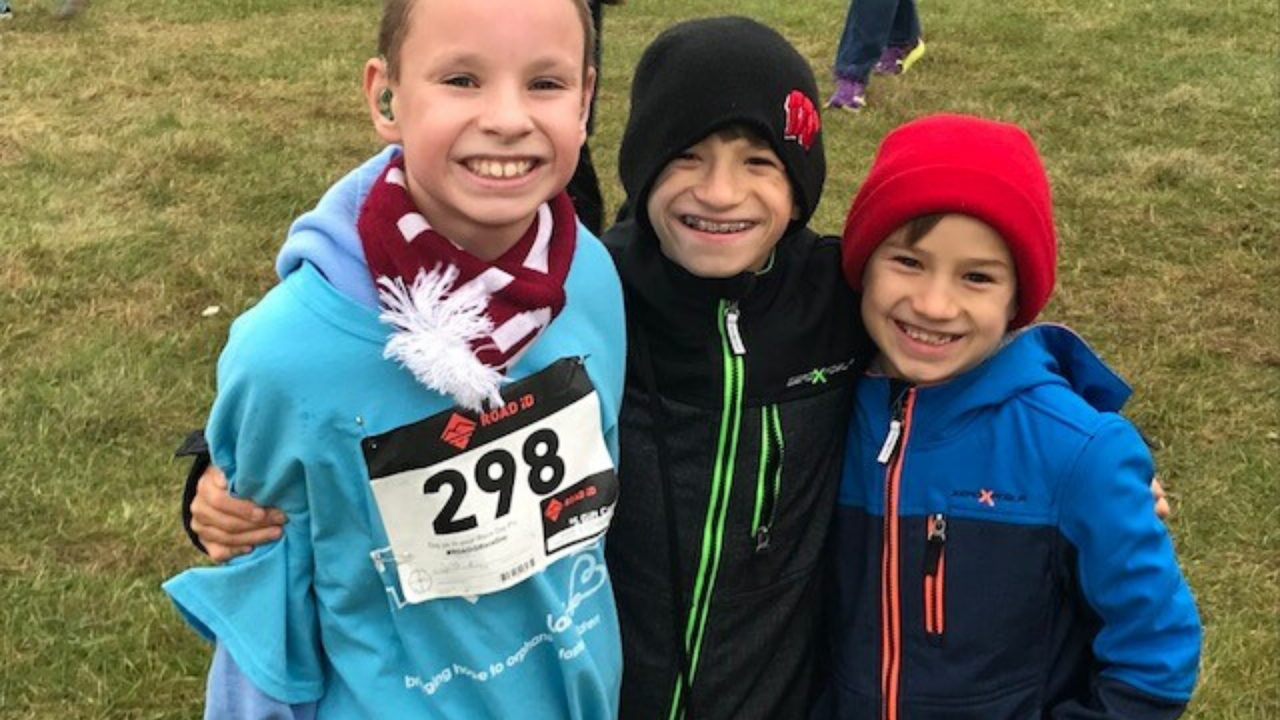 The work accomplished through Orphan Outreach wouldn’t exist without the support of our ministry partners and donors. These individuals and churches are the muscles that empower us to be the hands and feet of Christ to children all over the world.

One such partner is Oakwood Church in Hartland, Wisconsin. For the past eleven years, Oakwood has partnered with Orphan Outreach in supporting Jelgava City Orphanage in Latvia, where they have developed long term relationships with the children who live there. During that time, Jennifer Wollner and Amanda Pennebaker founded the LaceUp 5K, an annual event meant to raise funds and awareness for vulnerable children.

“In 2009, we launched a foster care and adoption ministry within our church called Mission Hope. One of the first things we decided to do was to go on a mission trip. We knew we wanted to go somewhere no one else was going. At the time, we were working with Buckner, and when they suggested Latvia we were like, “OK!... where is that exactly?”  So yeah, we didn’t know anything about Latvia before that first trip, but we quickly learned and fell in love with the kids,” shared Jennifer.

While the team was on their first trip, they noticed there wasn’t much for the kids to do at the orphanage. They decided they wanted to meet that need and began to look into what it would take to build a playground. “We learned it would cost about $20,000,” said Jennifer. “We had an organization that agreed to match our funds but we needed some way to raise a large amount of funds in a short amount of time. We brainstormed a lot of different ideas and ended up settling on doing a 5k. Neither Amanda nor I were runners or had ever put on a race before, but we had a lot of support from our church, from community members, and businesses as well, and we were able to raise what we needed!”

The following summer, Oakwood sent twenty members to Jelgava to build a playground, which still stands today. The LaceUp 5k was so successful, they decided to do it again the next year, this time to benefit both the vulnerable children living in Wisconsin, as well as Jelgava.

“The year after we built the playground, Mission Hope began dreaming about purchasing and operating our own franchise of Royal Family Kids Camp, a national organization that puts on weeklong camps for foster children. We decided to split whatever funds we raised between the camp and Orphan Outreach. We loved the idea of supporting a local and a global ministry. It felt like a good balance,” said Amanda.

The community seemed to agree, as its support of the 5K steadily grew over the years.

“Each year you learn something,” laughed Jennifer. “There’s been a lot of tweaking and simplifying. We were really clueless that first year, but we started talking with some members at our church who were runners and learned as much as we could from them. The key thing for us was forming the partnership with Lakewood Country High School. They have their own course and their cross country coach was a huge encouragement for us. The school in general was amazing and provided a ton of support.”

“LaceUp has grown beyond our church and become a community event. We have lots of foster and adoptive families who participate, but we also draw a lot of runners who may not know of our church, but participate every year because they want to support our cause and enjoy our unique course. It is competitive, we do give medals, but mostly it’s a fun, family event.” Amanda said.

“I personally love how it is so much more than just a fundraiser,” shared Jennifer. “We’re not just raising money, we’re also advocating and educating people on the plight of the orphan. We always say, ‘Anybody can help in orphan care ministry,’ and this is one way they can do that.” Running the LaceUp 5K is not the only way the members of Oakwood have supported the children of Jelgava. Over the years, they have advocated for the adoption of twenty children, most of whom still live within their church family today.

“We went into that partnership in Latvia with a long-term vision. We wanted to do more than just one mission trip a year. We knew a lot of these older kids wouldn’t be adopted so we started advocating on their behalf. It was just amazing the way the Holy Spirit moved various families to adopt. I don’t think we ever could’ve anticipated God would do that.”

Most of the children Oakwood adopted are now adults, marrying and having children of their own. The children still living in Latvia, whom Oakwood started serving back in 2009, are also young adults. Amanda and her team continue to support them, however, through social media and Orphan Outreach’s Aging Out Initiative.

“I recently received a message from one of our girls on Facebook that said, “I’m in labor and I’m going to the hospital!” It meant so much for me to be able to encourage and pray for her. I mean, just the fact that she wanted me to know and to hear her ask, “Will you pray for me?” really pulls my heartstrings. And it’s not just me. You can read the comments on these kid’s Facebook posts and it’s us, it’s my community of people who are supporting them. We constantly say, 'I love you, I care about you, I’m praying for you!' And we mean it,” said Amanda.

This year, in the wake of the coronavirus, Oakwood’s annual trip to Jelgava was cancelled. While Amanda and her teammates were deeply saddened to miss out on the opportunity to see their kids this year, they plan to continue to raise support and awareness for them through this year’s LaceUp 5K.

“As long as God continues to bring the support, the funds, and the volunteers, we’ll keep doing it, because we’ve seen the incredible impact it’s had on our community locally and globally,” Amanda expressed.

"We are amazed and humbled by the faithfulness and generosity of Oakwood Church for so many years to the children of the Jelgava City Orphanage," shared Amy Norton, Vice President of Strategic Partnerships for Orphan Outreach. "Not only have they provided financially for the needs of these children through the Lace Up for Orphans race event and as a church, but they have provided so many forever families.  I can’t remember ever visiting a church that is more faithfully living out God’s mandate to serve the orphaned and vulnerable both here at home and internationally.  Seeing so many children in forever families within the church and talking to members who have gone to Latvia on mission to serve year after year was so powerful.  They continue to provide hope and encouragement to the orphan graduates as they go through challenging times in their lives.  These kids know that they have people who love and care for them unconditionally and faithfully pray for them."

Is your church family looking for a way to care for orphans and vulnerable children? Send us a message. We would love to help you take your next steps.

back As Sure as the Sunrise In Christ, I Have More than Enough next