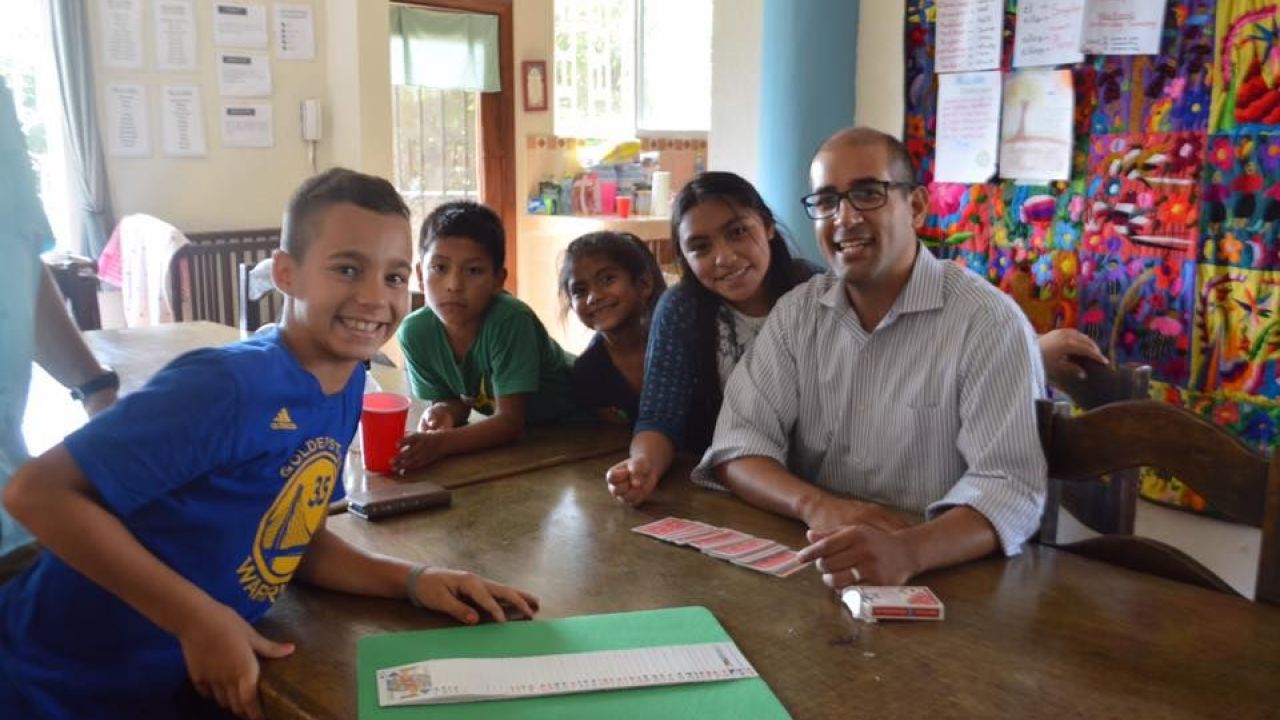 On April 29, 2021, the Orphan Outreach Board of Directors unanimously voted to elect Dr. Rey Diaz as President-Elect and for current President, Mike Douris, to begin serving as President Emeritus. The two will work together to finalize this transition, until January 1, 2022, when Rey will officially take over as President and CEO.

While transitions can be a turbulent time for many organizations, for Orphan Outreach this is a time of celebration and deep gratitude for the Lord’s faithfulness over the last fourteen years. Much of this is due to the foresight Mike had when founding the organization and his willingness to dream of a future for Orphan Outreach without him at the helm.

Since its founding in 2007, Orphan Outreach has been committed to restoring hope in the lives of orphaned and vulnerable children around the world. Providing holistic care, promoting family, preparing young adults for independence, and protecting the rights of children have always been at the forefront of the global ministry’s mission.

“I was lucky enough to be in the room when Mike and the other founders were first discussing what Orphan Outreach might look like. It was clear even then, that Mike intended to build an organization that would serve orphaned and vulnerable children for generations—well beyond his tenure as president,” Orphan Outreach Board Chair, Bryan Larson, remembered.

With this end in mind, Mike began preparing Rey the moment he came on board in 2015. Serving first as Executive Director and then Senior Vice President, Rey has taken an increasing role in running the organization.

“Rey’s been laying all the bricks for this transition for some time,” Mike affirmed. “He’s taken the staff through The Seven Habits of Highly Effective People, he’s been building teams and looking at our structure, and he will continue to do those things through the end of the year. My role as President Emeritus will be mostly mentoring Rey and his leadership team, while focusing on a few specific projects. After 2022, I’ll remain on the board, where I’ll support Rey and do whatever I can to help him and the Orphan Outreach global team be successful.”

The Orphan Outreach Board of Directors is excited to add Mike to its ranks and to welcome Rey into this new role.

“The board has full confidence in Rey's ability to carry the organization forward,” Bryan expressed. “We love his ability to pastor and care for the entire Orphan Outreach team. He’s deeply committed to the Lord's work in orphan care, having worked on the ground in Honduras for several years, and developing a real expertise. And of course, he’s worked side-by-side with Mike for the last six years, preparing for this next chapter. You know, there’s only one Mike Douris, but we’re thrilled Rey has accepted this position and we look forward to the days ahead.”

Rey sees this as a transition not only between Mike and himself, but for the entire organization, and is embracing this change as an opportunity for the entire team to “level up.”

“This transition isn’t just happening between me and Mike, it’s between Orphan Outreach and Mike. As Mike departs, it’s not just me having to step up, it’s the remaining founders, our vice president, our managers, our international directors, all of us will have to step up.

“One story that has helped us put scaffolding on this transition has been the story of Joshua and Moses. God used Moses to free over two million slaves from the most powerful army of the world. They saw miracle after miracle as God led them out of slavery and into freedom. But even with all they accomplished—things that can’t be understated—God wasn’t done. He still had a broken world He wanted to redeem. To do that He raises up the next generation of leaders, and I feel this is what we’re experiencing at Orphan Outreach.

“What we’ve been able to accomplish in fourteen years, from our early beginnings to where we are now, serving over 10,000 kids in nine different countries, with over 45 different program initiatives and programs, is incredible. I believe God is proud of all the faithfulness that our sponsors and donors and staff have shown for the last fourteen years, but I also know that ‘the harvest is plentiful and the workers are few.’ There are still millions of children who are suffering, who are in need of families, and who need to hear the Gospel. There’s still work to be done,” Rey expressed.

Not all of that work will be easy, however. With an ongoing global pandemic and ever-tightening government restrictions, international orphan care is an increasingly challenging endeavor.

“We need to look at the past as a testimony of God‘s faithfulness and His ability to use the team to impact and bless children,” Mike encouraged.

“As we look to the future, we can be confident God is going to provide wisdom and guidance under Rey’s leadership and the leadership of future presidents. We can be confident of that because He loves these kids. I feel the future is about doing ministry, taking advantage of opportunities, and having the vision amidst the fog of possibilities to pick the things which are going to make the most difference in the long term. As we seek to stay in the center of God’s will, He will continue to guide and direct the staff He’s called together here. When you’ve got a group of faithful believers working together, what you can accomplish is limitless.”

As Rey looks to the future, he sees an amazing opportunity to link arms with even more individuals, as Orphan Outreach continues the great work they began under Mike’s leadership.

“You know, the first word and the last word that Jesus said to His disciples were the same: ‘Follow me.’ And that’s what Jesus is inviting us to do. He’s inviting us to follow Him to where the world is darkest, where children have been abused, abandoned, and neglected. We need more people to follow Jesus into those broken places, to share His love and to feed His sheep. So, just as Jesus invites us, we continue to invite more and more people on mission to care for these kids—whether it’s as a sponsor, a donor, a volunteer, or as a prayer partner. God doesn’t want people on the sidelines. His invitation is to all of us to follow Him, and we echo that invitation.”

There has never been a more exciting time to link arms with Orphan Outreach and restore hope to orphaned and vulnerable children around the world. We’ve got five ways you can help right now. Get our free download and join us! https://orphanoutreach.org/

back Building Confidence. Building Dreams. God is working in Russia. next