In the Best Interest of Each Child 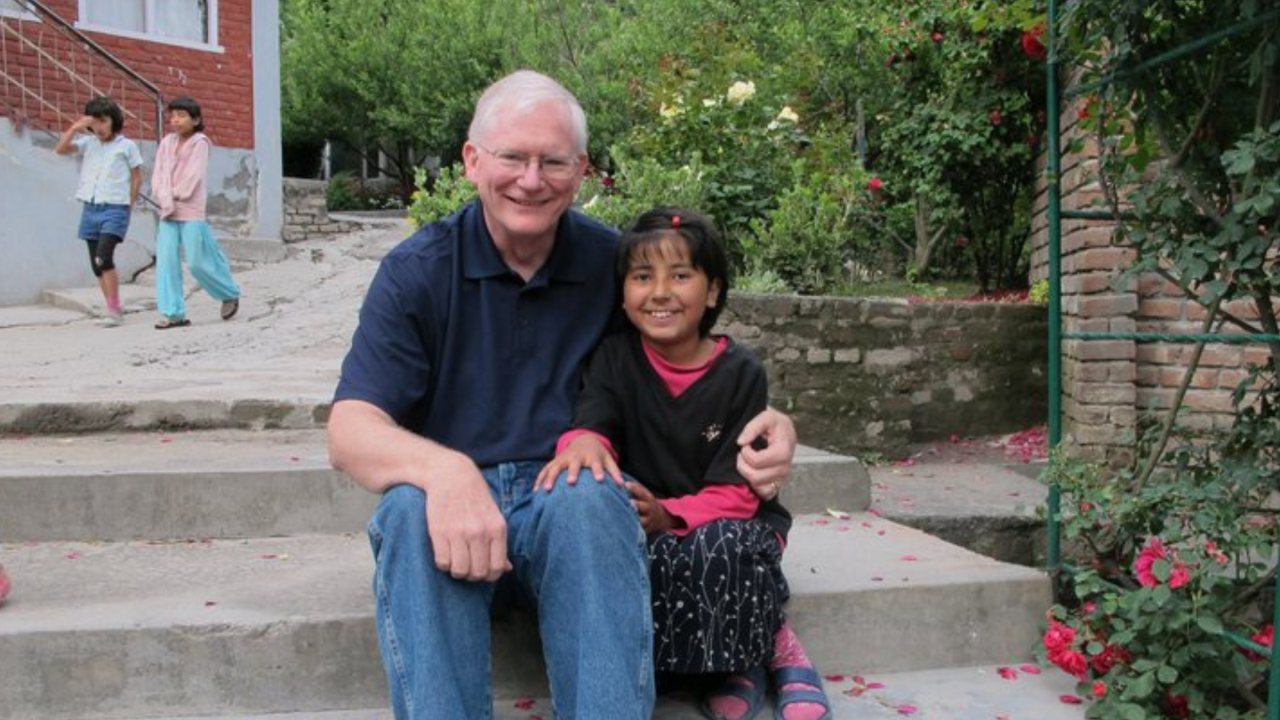 Pure and undefiled religion before our God and Father is this: to care for orphans and widows in their distress, and to keep oneself from being polluted by the world. James 1:27

It’s not often we are allowed to make much of Mike Douris, the founding President of Orphan Outreach—who would prefer to go about his work without fanfare. As this transitional year comes to a close and Mike passes the reins of leadership to the hands of Rey Diaz, however, we’ve insisted on taking this opportunity to celebrate and savor all God has done through His faithful servant and our beloved leader.

So to mark this occasion, we’re sharing a few of our favorite things about Mike, while also begging his wisdom just one more time.

“One of my favorite memories of Mike was the time he was almost arrested in Moscow for attempting to carry an Orthodox Cross onto the plane. The authorities believed it was an antique! Or the countless times he and I have stayed up till the early hours of the morning talking and laughing.”
Blair Pogue, Board Member since 2007

“I don’t think many people know of the early years when we met with the government of Russia including head officials of the Duma, President Gorbachov, and his Foundation, the Mayor’s Office of St. Petersburg, worked with the President of Latvia and the First Lady of Guatemala and President’s Office in Peru to change and shape the way children were cared for in those countries.  He helped begin the very first model of foster care in Russia, Peru, and in Latvia that is still being used today to place children into well-trained and supervised families.“
Amy Norton, Vice President of Strategic Partnerships and Co-Founder

While Mike has led Orphan Outreach for the last fifteen years, his work in orphan care extends far beyond that. This is difficult, emotional work, but Mike has never changed course. What is it that has kept him motivated all these years?

“Well, I think there are probably two things that have kept me going. The first is the kids themselves. The need of marginalized children around the world is just overwhelming. It's heartbreaking to see the situations these kids are in. You can’t help but want to provide hope and comfort and walk alongside these special kids.

“And then the second thing is, the Lord compels us. He's called us to this ministry. We have a mandate, as the Church, to care and provide for widows and orphans. It's an incredible privilege to be part of that. I guess those are the motivational forces that have kept me going.”

“Mike has time for everyone. You could be in an orphanage in the middle of nowhere, Russia, 30 minutes late to the next place, and if there is a child who wants to stop and talk to him, the whole world stops. Mike is present with each and every person he encounters. He wants everyone to feel known.”
Tiffany Wines, Vice President of Development and Co-Founder

“Mike never thinks that ministry or life is about him.  Even though the Lord has used him in amazing ways to make a difference in so many lives around the world and given him much favor and wisdom, Mike knows that none of that is of his own doing but only comes from the Lord. Mike would be the last to take any credit. His posture is to always want to be used by the Lord, and I think that is why his decades of ministry have been so impactful. It's an honor to have followed Mike's leadership all these years as he follows Jesus.”
Katherine Cheng, Vice President of Programs

In all his years in orphan care, Mike has witnessed a great deal of change. What has been the greatest change and what impact has that shift had on the children?

“The deinstitutionalization movement is having a big impact, I think, both in a positive and negative direction. In a positive sense, it's really underscored the fact that God designed us to live in families and we need to focus on finding permanency for children. Therefore, getting children out of the system and into a family should be a driving force in everything we do. It's also highlighted the issue of kids getting stuck in the system, compelling us to come up with more efficient systems to move them through and toward permanency.

“The negative side is that there's an over-emphasis on closing orphanages and not enough of an emphasis on developing alternatives. As a result, the one resource that a lot of countries have to care for these kids is being dismantled too quickly, leaving kids at risk. Residential may not be the solution, but it also isn’t the enemy. We need to have balance. We need to see that there's an appropriate role for residential and then develop better systems to move kids more quickly into permanency.

“To me, that’s the biggest challenge facing orphan care right now around the world: How do you shore up those systems so they're more efficient and tasked with providing permanency for kids? The answer to that question involves a lot of moving pieces. It's a complex issue. There’s no easy solution.”

“In orphan care, there are movements and trends, but those, like all things, come and go if they are not rooted in truth. Mike recognizes that there is more than one perspective to caring for hurting and vulnerable children. Just as all children are different, what a child needs to truly thrive is also unique. Where one child may thrive in one environment, another may not, there is no single method to provide care to a child. The value comes in being present, knowing the child, where they came from and what they personally need to thrive.”
Amy Seale, Vice President of Marketing

“I've had a long list of mentors in my career. I've had some significant mentors at places that I've worked, people I've really admired who have guided and poured into me. I know that our staff at times looks to those of us who have been around a while for guidance, but in so many ways, our staff has mentored me. They're the ones on the ground serving. Seeing their faith, their talent—I learn from them every day.

“I mostly feel I've been Velcro throughout my career, picking up wisdom from so many others. I’m really just an accumulation of knowledge and other people's experiences that I have processed and learned from. I think that’s the key to being more effective in ministry: being humble enough to know that you don't know everything. Being open to other people’s experiences, then processing and testing those things out.

“I tell people all time, I know less now than I did when I started. I had very firm ideas when I first started and it was all theoretical. But as you go through ministry, you realize these things are very complex. There are no easy answers, in fact, sometimes, we don’t have any answers at all. We’re just there to serve and be present.”

“Mike taught me early on not to try and save every child I encountered. The pressure of such an endeavor would undoubtedly overwhelm me. Always concentrate on each child. Know that every child I helped was one less child that was suffering.”
Blair Pogue

While Mike is stepping out of the leadership role, He will nonetheless continue to be a source of support and wisdom as we move forward. His vision for the future of Orphan Outreach and the global orphan care movement is one of deep impact, over vast growth.

“From the very beginning, we wanted Orphan Outreach to be a mile deep and an inch wide. We wanted to have a real impact in all that we're doing. If we're doing good things then we will continue to grow and, as we move forward with God’s blessing, He will determine how large we get and how many kids we serve. The more important mission, I think, is to do it well and to ensure we use the resources God gives us to make a real impact on kids’ lives.

“Of course, I believe we’ve been doing that all along, but now that we've got the infrastructure built and these programs in place, we can really begin focusing on improvements and innovation. I think in the next 10 years, our focus will be building up those levels of sophistication, that deepness, and improving how we integrate the spiritual aspect of it so kids are growing in Christ and coming to Christ. The Lord will guide us and growth will take care of itself. It's more a matter of whether we’re having a real impact. To me, that's the bottom line.”

“Mike often quotes Ephesians 2:10: ‘For we are God’s handiwork, created in Christ Jesus to do good works, which God prepared in advance for us to do.’ For me, it’s a reminder that God knows in advance which children in which community in which country we are going to serve so we just have to trust and follow God. God is writing the story Orphan Outreach and He has brought all us together to do good work.”
Rey Diaz, Orphan Outreach President-Elect

Words cannot express our appreciation for the way Mike has loved and led us these past fifteen years. We are so grateful for his service and his legacy, both of which will continue to serve as our firm foundation for years to come.

back A Family Affair—Promoting Family in Honduras Our foundation is strong. The future is bright because God is still the author. next