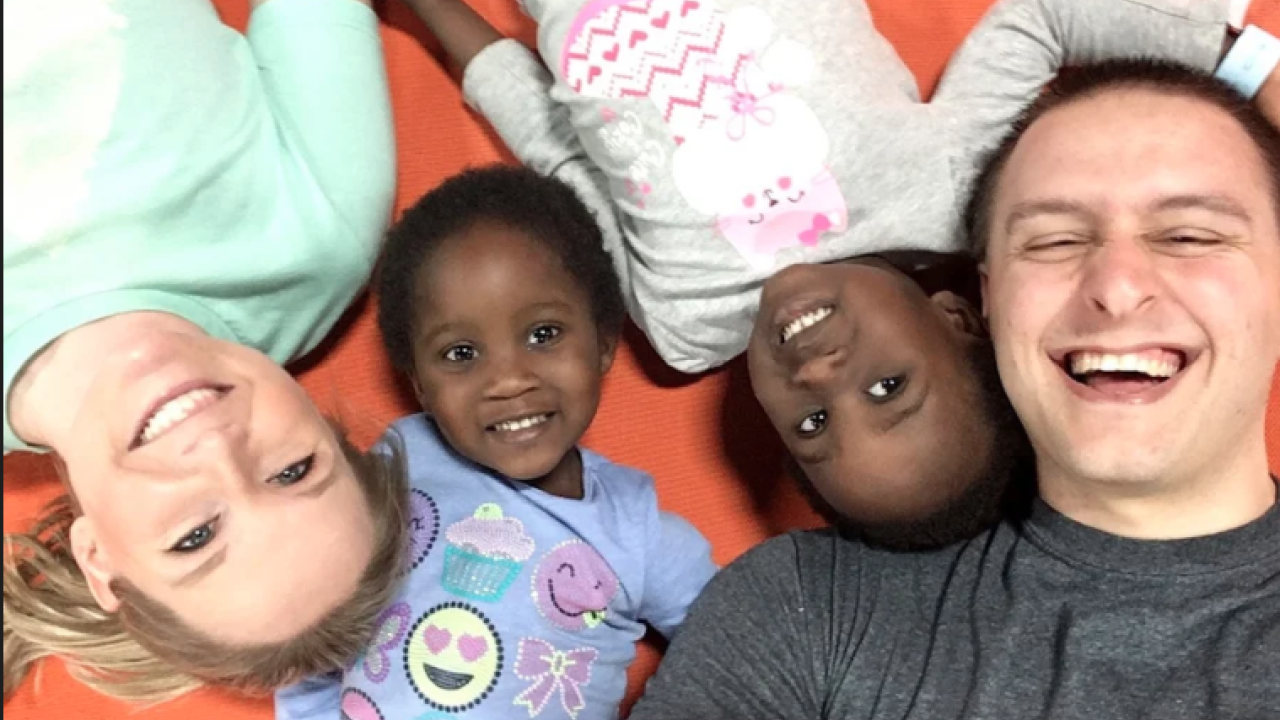 Covering adoption fees without going into debt isn’t as difficult as it may seem.

There are many ways to manage the cost of domestic and international adoption. Prospective parents can enlisting support from friends and family, host fundraisers and apply to grants like Joseph’s DreamCoat to make their dream a reality.

In 2017, the Allen family fulfilled their dream to adopt an orphan, and took it one step further--they brought home twins. Three-year-old Mercy and Noella, from Burundi joined their family in May 2017.

“We ended up paying just over $55,000,” says Blake Allen who does work in marketing. “It was definitely more than we could pay out-of pocket. But we always knew that money wasn’t going to be an obstacle.”

Every adoption journey is different, with costs ranging from, on average, $32,000 for a domestic infant adoption to more than $44,000 for an international adoption and under $3,000 for domestic foster care adoption. The Allens had to pay more than $30,000 in agency fees. They were also required to pay for a home study, post-placement reports and for psychiatric evaluations (all routine expenses) and they had to provide living expenses for their girls while the adoption was being processed.

“What made it easier, was that we were connected to families who had gone through the adoption process. Also, my wife Lindsay had a co-worker who was able to direct us to agencies who offer grants,” Allen says.

The Allens designed and sold t-shirts and ornaments among other fundraisers and advertised their need for support on social media.

“We just didn’t worry about the money and trusted God,” Allen says. “We just put our nose to the ground, worked hard and before we knew it we looked up and we had met our goal!”

In addition to the grants and the fundraising support they receive, Allen says they will receive an annual $14,000 tax break per child for a period of five years. Today, the twin girls have learned to speak English and have formed strong attachments with their parents. One of them was described as ahead of her peers in her grasp of the English language.

“Their personalities have come out,” Allen says. “Mercy is always cracking jokes and extremely animated. She wouldn’t let me hold her for the first four to five months because she was having a hard time attaching to me. She has come such a long way and we have a great relationship now. Noella is sweet as can be and takes on a motherly approach towards her sister. She is very smart.”

One thing the Allens know for sure is that the adoption fees were worth every penny to have their girls home.

“Organizations like Joseph’s DreamCoat were the reason we were able to move forward without having to borrow money,” Allen says.

Joseph’s Dream Coat was founded in 2005 by Jennifer and Jay Kassing after they adopted their son, Jet, from Guatemala. In 2015, Orphan Outreach took the organization under its wing in order to continue increasing the number of families receiving benefits.

“We have an advisory committee of seven people that was put together by the Orphan Outreach family. They are all adoptive parents who together determine how to allocate the grant money. My job is to lead the meetings and walk them through the applications.”

Isbell, who is also an adoptive parent, says 32 grants have been awarded since the program’s inception.

“We want to ensure that each adoption we support meets really high adoption standards and that the children are going to good Christian homes,” she said, “Adding that the committee pays special attention to families who are in the ministry.”

Grants typically range from $2,000 to $5,000 and can be awarded to either domestic or international adoptions. Grant applications are due each year on  January 31, May 31 and October 31.

Learn more about Joseph's DreamCoat, and support the program so even more forever families may be helped.