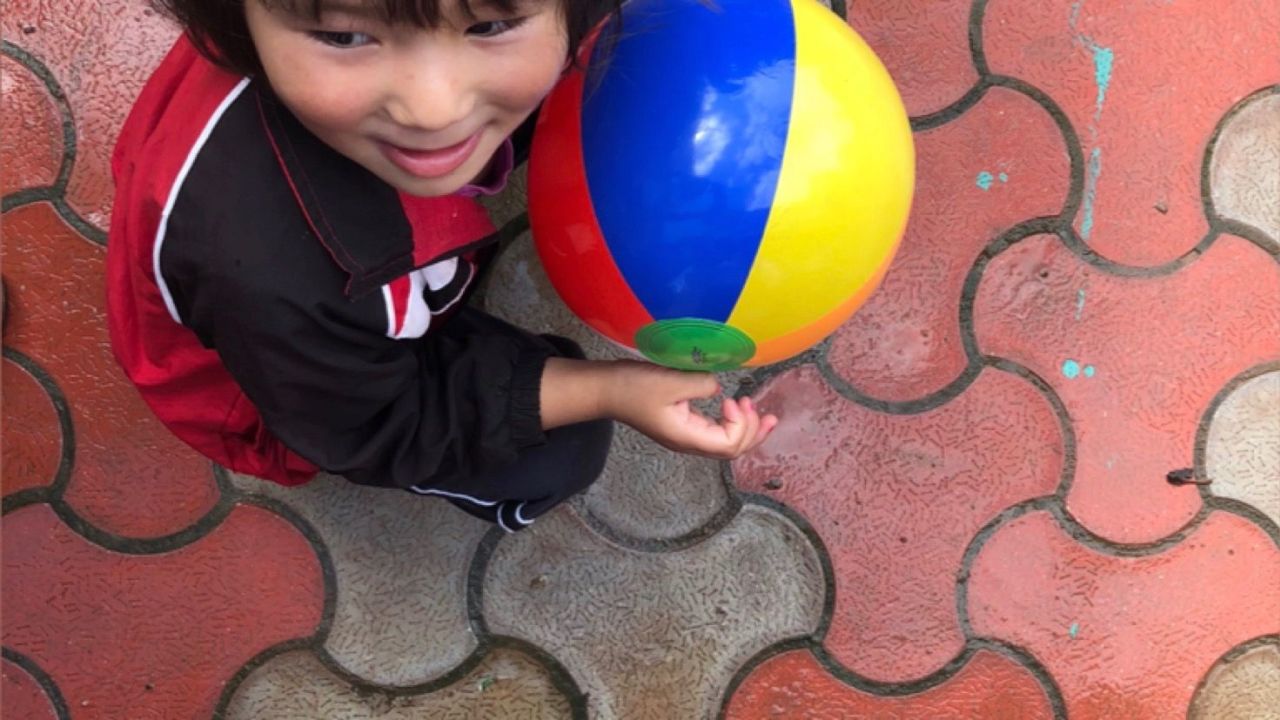 To get to House of Grace in Manali, India, you’ll need to take a long drive up the Himalayas, winding around steep mountains and narrow curves. The end of the path is on foot, where you’ll be greeted by snow-capped mountains that shine like a glittery backdrop around the children's home.

“We walked up to a big blue gate, and as soon as we went through it, love poured down on you until you walked out,” says first-time WCSG and Friends mission trip member Stacey Gwin. “I had such a mix of emotions, because you want to bring everyone you know to this place so they can enjoy God’s love pouring down; but at the same time, it’s sad, because it’s an orphanage and these kids aren't with their parents.

Stacey says one of the most important things they did was just pay attention to the children. “They’d just hug you and thank you for being there,” she says. “They weren’t seeking to get anything from you besides that. And to think, we could barely get 20 people for trip. I don’t think people realize how important their time is. The time we spent talking to them and telling them how important they are. It made the travel all worth it.”

Throughout the trip, Stacey kept being reminded of how God can turn difficult situations into good ones. She thought of the story of Joseph, and how God used difficulties to bless him and his family. She saw similar circumstances in India.

“One time, the bus broke down and we had to walk all the way back,” she shares. “But it turned into this great experience. It was great to not let things that seem like they are going wrong get me down because God has something bigger and better in store.”

She says the kid’s lives reflected that, too, because they were orphans, but yet they were loved in this place and they were given opportunities. She believes there is a special plan for each of them. The mission team wanted to give them opportunities, too. The team prepared several games and activities to make them feel special. They brought skateboards and Lindsey Folk, a competitive longboarder, taught them how to use them. They also made tie-dye pillow cases with the kids, went on a 7 mile hike, took both the kids and the staff to a nearby movie theatre, and took supplies to teach them to make bracelets.

“These kids are so selfless,” Stacey says. “As soon as they made their bracelets, they were wanting to give them to us. One little girl even brought me her school picture so that I would remember her. I’m sure that was one of the few things she had. On my first day there, one girl showed me how to write my name in Hindi and then told me to sit down next to it so she could take my picture with it. Just so considerate of her. She wanted me to have that.”

Bryan Tarr, who sponsors a 13-year-old in India and was on his second Orphan Outreach trip to House of Grace, was also struck by the children’s generosity and selflessness.

“They are giving and willing to share from whatever they have,” he says. “When we went on the hike, I fell and hurt my leg. Before I even stood up, two kids were already putting bandaids on me. One of them offered to carry my backpack and one of the little girls held my hand so I didn’t slip on the way back from the trail.”

Tarr says the children are happy with so little and seeing them live out their lives this way encourages him to be more grateful and grumble less. But their humble lifestyle also reminds him of the need for child sponsorship and donations.

“They could use additional funding,” he added. “The kids are well fed and clothed and educated. but it’s expensive to feed that many mouths.”

Kaylei Ward, who also did missions work in China for six months, says that the other orphanages she has done work in are not places with hope for a better future.

“These kids here have hope,” she says. “They have hope that they will be able to succeed and have a happy adult life. And it’s not just an out-there-not-realistic kind of hope.”

Kaylei says that one of the things that most impacted her was seeing some of the children who had aged out come back and visit. It was not something she’d ever seen before.

“One of them was studying to be an engineer,” she reflects. “He was really doing it. And to know that they have this place where they want to come back to, where they are loved. A place that gave them these opportunities.”

To provide nutritious meals, medical care, an education and, more importantly, hope for a better future, please consider sponsoring a child in India for only $36 a month.

back Hope Springs to Life with Water Well in Kenya In Christ, I Have More than Enough next