Celebrating the Impact of Sponsorship in Honduras! 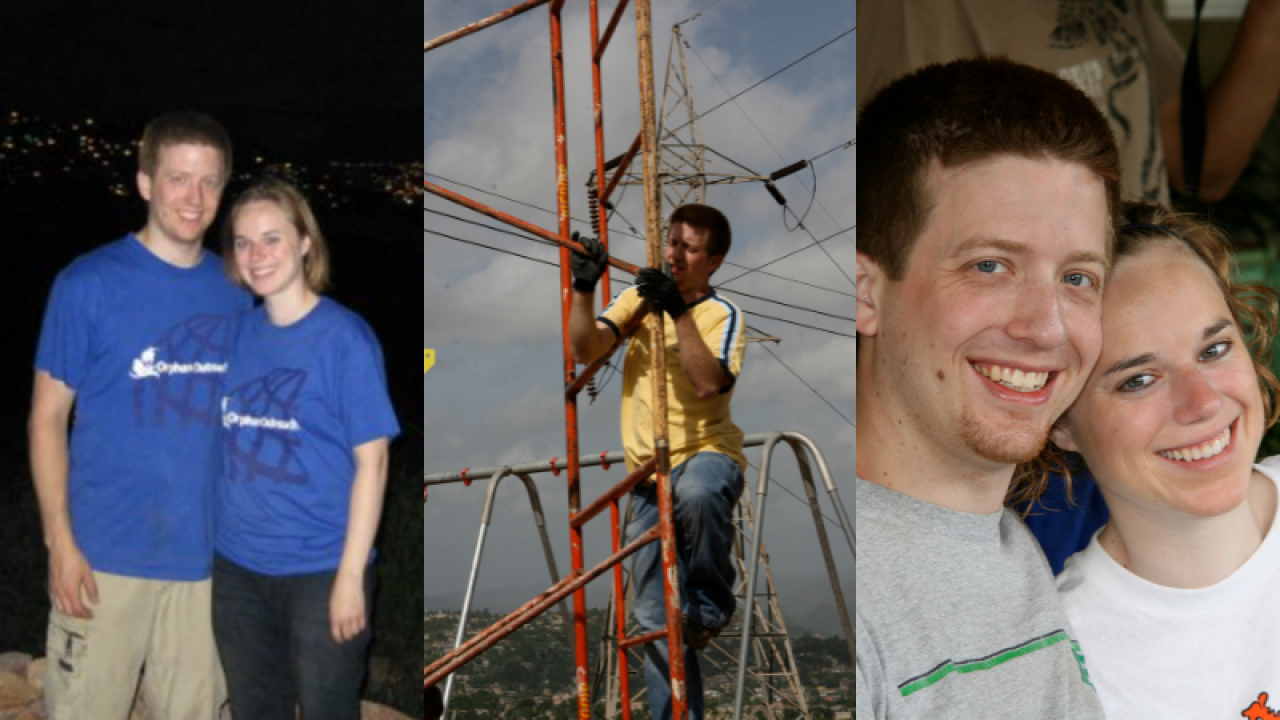 How much impact can a monthly gift of sponsorship truly make? At Orphan Outreach, we believe sponsorship provides an anchor of hope for each child—stabilizing an uncertain future and revealing what is possible by providing a consistent source of food, care, and education. In truth, the full impact of such a gift is not quantifiable, but long-time sponsors Tom and Dana Symons recently caught a glimpse of what their faithful support has meant for two children over the last eleven years.

“I don’t remember exactly when we started sponsoring,” Dana considered. “It was a little bit tricky because it was before Orphan Outreach really had a formalized sponsorship program. We’ve probably sponsored six or seven kids over the years, though. And earlier this year we received a really exciting update that two of our kids have graduated from high school and are going to college!”

One of these children is now a young woman. Maria is going into the same field as Tom: information technology. The other is Kevin, who has announced his intentions to go to law school.

“I have the initial photo we received of Kevin back when we first started sponsoring him, and when I got this update, I couldn’t believe how much time had passed! I just remember this little seven-year-old kid who wanted to play soccer all the time and now he is on his way to law school! It’s just amazing,” shared Dana.

According to Dana, it’s this gift of education that makes sponsorship truly remarkable.

“I think there are very few things that can change a person's life the way education can...it’s so important,” she expressed. “When we went to Honduras, there was a school by the dump and all the children who lived in that area had an opportunity to go to the school for free. The staff running it said these kids went from wanting to be taxi drivers and trash collectors to wanting to be doctors and teachers and lawyers—just by expanding their horizons and helping them become aware of the greater world and greater opportunities. So, the power education has to change the trajectory of a child’s life is astounding; not just for them, but their community, too! And that’s been our prayer for these kids: that they would be agents for God‘s kingdom and agents for change within their country. That they would help support the country moving forward and spreading God's love.”

Tom and Dana first met their sponsorship kids on a mission trip to Honduras back in 2008. They had never heard of Orphan Outreach before that year but learned of their program through a local partnering radio station.

“My husband and I live in Michigan, in the Grand Rapids area,” Dana shared. “One of our local radio stations, WCSG, was partnering with Orphan Outreach and I kept hearing ads about a mission trip they were planning to Honduras. I remember thinking, ‘I think we’re supposed to do this!’”

And do it, they did! A few months later, on the day of their one-year wedding anniversary, Dana and Tom boarded a plane and headed to Honduras with a team from Orphan Outreach.

“I’m part Honduran—my grandmother was from there. I had been to Honduras a couple times at this point, once on a mission trip and once to visit family. But my husband had never been, so this was an opportunity for him to see the country I was from and for us to serve together,” Dana said.

The Symons were a part of a three-team mission trip. One of the teams was medical, another planned and threw a kids’ carnival, and the third team—Tom and Dana’s team—built a playground for a local school. “I would say it was one of the best mission trips I’ve ever done, possibly the best in terms of both preparedness and organization,” Dana said. “We did some legitimate hard work. I was exhausted at the end of every day both physically and mentally. We built a playground at one of the schools and I served as an interpreter. I knew a little bit of Spanish—not quite enough to hold serious conversation but enough to speak with the students.”

Dana has many fond memories of conversations she shared with the students, conversations that inspired not only a decade of sponsorship, but also of fostering and adoption within their own family:

“We are in the process of adopting two kids from foster care,” Dana shared. “And Orphan Outreach is one of the reasons, one of the experiences, that turned my heart towards adoption, especially the adoption of older children. Being able to see those needs first-hand and coming to understand that sometimes, whether it’s here or abroad, there are kids who are not ‘true orphans’ but still orphans in the sense that their parents cannot take care of them, and we’ve been called to stand in that gap.”

While it’s been some time since Tom and Dana’s first trip with Orphan Outreach, they have kept in touch with the organization and intend to continue supporting children’s education well into the future.

“Orphan Outreach was still very small when we went to Honduras with them, but their heart was just huge. There is such compassion and care; I saw it in everybody I met. It’s an organization that I really trust. I admire the work they do and the passion with which they do it. Supporting a kid’s education in Honduras is still an area that has our hearts, so we will absolutely continue to support Orphan Outreach’s good work there,” Dana expressed.

As Dana reflects on their decision to support these children all those years ago, she can’t help but feel inspired by what’s unfolding for Maria and Kevin:

“I just can’t understate the value of education in the ability to change a child’s life. It’s amazing. Kevin is going to be a lawyer! And Information Technology is a wonderful field to be in, but it’s a male-dominated field, so to see Maria pursuing that in Honduras is just so encouraging. I’m really proud of them.”

You can be a part of this life-changing work, as well. There are still many children waiting for a sponsor. Are you ready to sow seeds of hope into a child’s future? You can find out how, by clicking here.

back Rey Diaz Named President-Elect of Orphan Outreach God is working in Russia. next