When God calls, you respond... 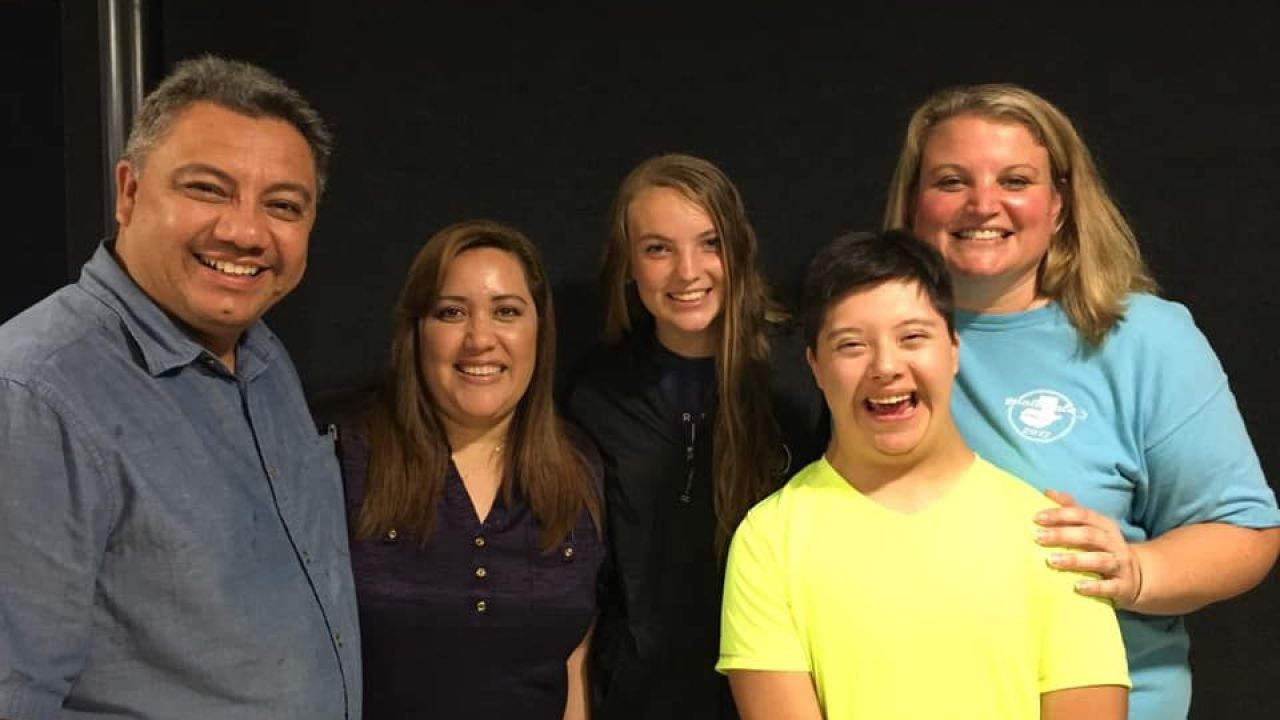 That was the answer that Abbey Van Andel shared when asked why she wanted to start a self-sustaining physical therapy program at the Down Syndrome School in Guatemala.

“A lot of people ask me why I would want to do this at 16 but when God calls you  to something, you respond and leave it up to Him to figure out the intricacies of it.”

Abbey is entering her Junior year of High School but she already has her eye on Physical Therapy as a career. It was through Orphan Outreach that Abbey was able to identify a desperate need in Guatemala that aligns with her passion. She and her mother have served together in Guatemala for years, and her love for the country and its children led her to share her passion and ask for guidance.

The plan for starting the physical therapy program has been in motion for months but the idea has been bubbling up in Abbey for much longer. It was in presenting the idea that both Abbey and her mom, Mindy, were able to see the full impact that a program could have. Mindy has spent her career working as a social worker in the United States and knows the benefits of having resources availabl,e but it was in seeing the look on the faces of Alfredo and Irene Salazar, founders of the Down Syndrome Association of Guatemala, that they understood the bridge-building opportunity the program would provide for family preservation.

Mindy reflected on the meeting that they had with them on their third trip to Guatemala in 2018, where they first presented the idea of the physical therapy program:

“I will never forget talking to them about this and seeing the joy on their faces. In that moment we realized that the depth of this relief would not just help kids but their entire family unit as well. Providing things that we take for granted—that these families just don’t have available—and seeing the hope it gave them and knowing that these kids having access to these therapies. It's overwhelming. This will change the kids and help them develop to their fullest potential, and it will also deeply affect the families and relieve a lot of stress and give hope. It will help keep families together.”

It was in that moment that Abbey knew that the work that is ahead of her is “just a tiny hardship in comparison to what these families face.”  The advice that Abbey gives anyone wanting to make an impact is to make sure you are not doing it alone. The person that she credits to being her biggest inspiration is her mom going on trips with her and being able to experience the need with her. Abbey says that having that encouragement is very impactful.

For her mom Mindy, the entire experience has been profoundly humbling as she watches another high schooler's prayer be answered through this experience—her own. When she was 17 years old living in Africa for three months on a missions trip, she prayed for the very thing she is currently seeing play out. "I prayed that, if I ever had children, one of them would have a heart for missions." It was through the many trips with Orphan Outreach over the last four years  that she has been able to watch her prayer be answered before her eyes. “I was able to see her listen to God more and watching God call her to more—to put more skin in the game year after year. Now I’m seeing her "all in" and it has nothing to do with me, but everything to do with God. As a parent you cannot ask for more than that. God got hold of her and now she is running.”

Abbey is running, indeed. She has spent the last year working with a mentor while working out what it would a program would need, putting a plan together, a business plan, and researching. After talking with Orphan Outreach about what is wanted and needed she put together how much it will cost. The goal is $100,000 by the time Abbey graduates high school in 2021. It’s an audacious goal.

Mindy reflected,  “It hasn’t been easy to work through a plan and work through a way to raise that kind of money but being reminded how deep and heavy this burden is for these families is a driving force for both of us.”  Recently returning from their fourth trip with Orphan Outreach, they have already seen awe-inspiring answers to prayer. A physical therapist learned of the plan, and reached out to get involved. And donations are coming in to purchase much-needed equipment. Abbey’s philosophy is that there is no time like the present when God calls you to something and now she is finding joy in the reminder that “He has this.”

Want to know more? Watch this great news story about Abbey's plan, and learn how to get involved!

back A natural fit for me... Our foundation is strong. The future is bright because God is still the author. next