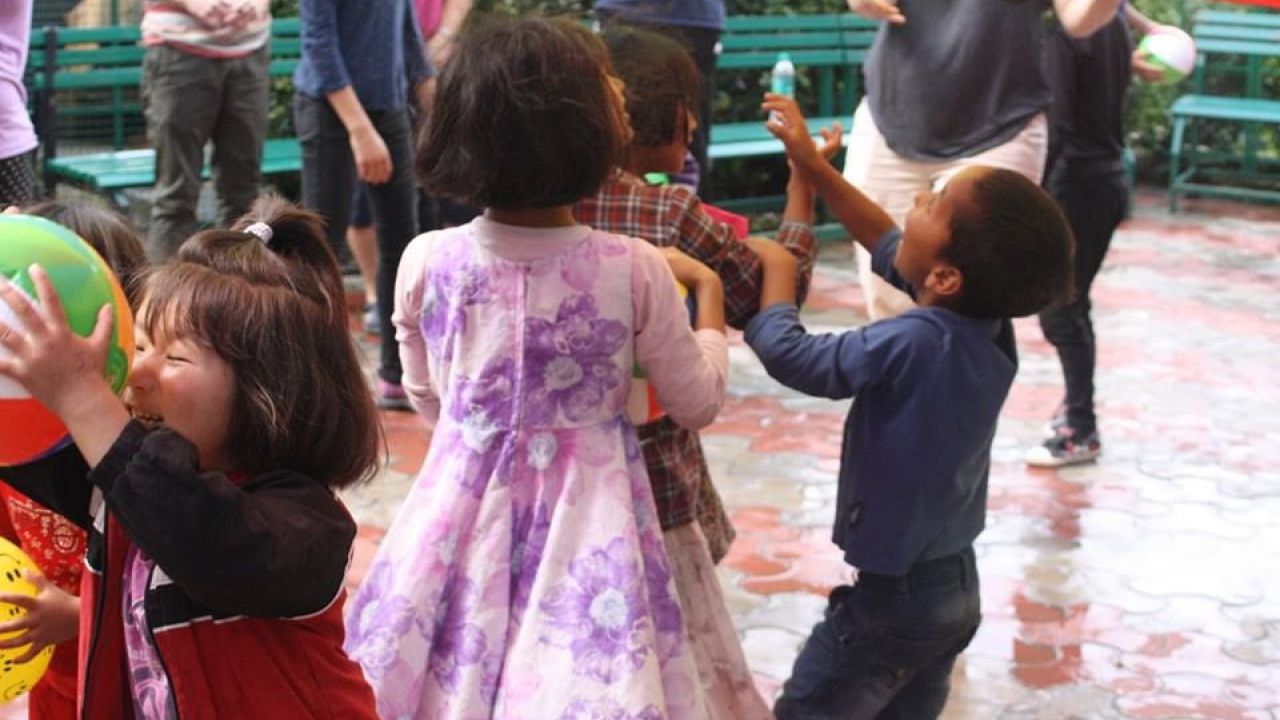 Thank you, Kaylei Ward, for sharing your heart after traveling with us to India to serve at Dar-Ul-Fazl. Yes, we love the sound of hope too.

Ginger. It doesn’t matter if I’m on the streets of Denver or a beach in Florida. I am instantly transported back to China when I smell it. Wafles, and I’m back in Amsterdam, perfume or bread and I’m in Paris. There are certain scents that act like teleportation for just a second and I’m across the world. For the hundreds of cities I have visited, most of them are associated with a smell of some sort. When I went to India I waited for what would hit me. Turmeric seems to be in everything, but having been back for a couple of weeks I have realized that it isn’t smells that transport me back… it’s sounds. Anytime someone calls me ma’am I am instantly and momentarily back in front of little hands holding out a warm cup of Chai for tea time. Now when I hear a chorus of voices, they seem to be drowned out by the sound of songs bouncing off the hills of the Himalayas and mixing with the clouds like the milk in our tea. What brings me back to India are the sounds of House of Grace.

The first time I stepped onto the property of House of Grace I was overcome by beauty. It wasn’t just the towering snow-covered peaks that it was nestled in or the waterfalls that could be seen from every vantage point; it was the roses. Amid pouring rain, hundreds of roses greeted us, vibrant in their contrast against the dark sky. These roses are Aunty’s pride and joy, when you ask her about them she will light up and start telling you all about the other flowers that took over the property in the spring. Upon closer inspection, it’s obvious that each of these roses has been pruned and tended to with tenderness and passion that allows them to not only bloom but to also to thrive. I had no idea that these flowers were just a façade to the real beauty that awaited me. When I signed up to go to India I knew what I was getting myself into with orphan care. I had spent time in welfare centers and foster homes that left me with nightmares and a renewed passion for advocating adoption. In the time, I had spent in these “homes” I had seen children abandoned without any kind of family. Kids age out, and I have seen them be tossed around from home to home playing the pawn in a game larger than these little ones could ever understand. To me, orphan care was just exclusively heartbreaking and the only redemption that could be found was adoption. The day I walked out of House of Grace, half of that was changed.

The first morning I spent in the second-floor room listening to a hundred voices ring out songs that I was familiar with but now realize I didn’t really know, I watched as each child stood up in order of age. There, waiting for them at the door, was Aunty, who had “retired” long ago, wishing each individual child a good morning. It was clear in her eyes that how she felt about her roses was indifference in comparison to the love she held for each of these 74 children. Like the roses, these children were beloved by their caretakers and had been pruned of the thorns of brokenness to where it seemed like all that remained were petals of grace. Like the roses, these kids were vibrantly beautiful in my darkened experience of orphan care. House of Grace is not an orphanage and it is not a welfare center, it is a home. It’s a home that children have hitchhiked hundreds of miles to get to, one that they come back to on their college breaks, and one that they dedicate their lives to helping long after they reach adulthood. My heart has not been changed from the belief that the only redemption that could be found in orphan care is adoption, but my view of what adoption can look like has. I don’t think I’m alone in having the image of a single unit family holding a child from a poorer country when the word adoption comes to mind. I never imagined it would look like hundreds of kids who have gone through their doors, caretakers whose entire family is made up of each of those kids, and a few dogs that have been picked up along the way. Family is so often seen in the box we have placed it in that we forget that the only shape that it really has is a cross.

Orphan care does not have to be have to be a hopeless thing, because adoption can look like a lot of different things. Orphan care often looks like a mess, its stories of biological families that are trying to be preserved, hundreds of children with all different backgrounds, and a really broken world all woven together. The thing that that I have discovered is that if you turn the woven mess around God can create a really beautiful tapestry that looks a lot like a home surrounded by roses. The final afternoon in Manali we all stood in the courtyard, none of us wanting to be the first to say goodbye, when the kids indulged us in a final song. Their deepest truths rang out “I’ve been born again into a family” as we realized that it was also our greatest truth.

So, maybe in the future, turmeric will bring me back to India. But I think for me India will always be associated with a sound—the sound of hope.

back Love Pours Down In Christ, I Have More than Enough next