Together for Children Launches in Ukraine 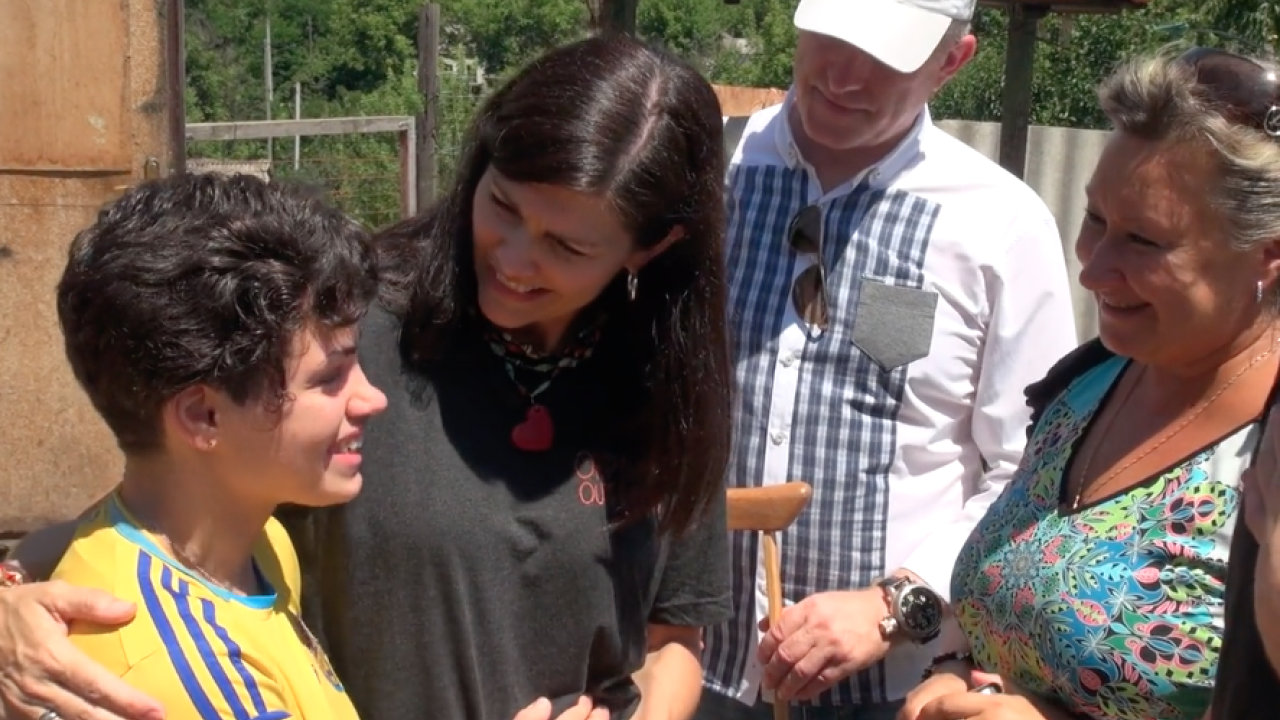 It has been nearly 30 years since Ukraine gained their independence from Russia with the fall of the Soviet Union. Since that time, the Ukrainian people have attempted to rebuild their country, despite rising tensions, a faltering economy, and an ongoing war between Russia and Eastern Ukraine.

In the midst of the turmoil are approximately 95,000 children living within Ukraine’s orphan and protective care systems.

“When the Soviet Union fell in 1991, the orphan care systems were completely broken down an only within the last decade are starting to be rebuilt. Joining the effort to expand the capacity of the government and faith-based community in caring for orphaned and vulnerable children is a wonderful opportunity for us as a ministry.” says Orphan Outreach President, Mike Douris. Initially, T4C will encompass Alpha Life but the strategic goal is to expand T4C’s impact by adding other pilot projects that will impact orphan care in Ukraine.  Two other initiatives being evaluated beyond aging-out care are  addressing the unique circumstances of children with special needs in the protective system, and a church-based community program to impact both orphaned and vulnerable children.

The Alpha Life Program is addressing a major need in serving children who are orphaned.  “Some of the most vulnerable children in the world are those aging out of the orphan care system,” says Douris. “We see this in the United States; our prison systems are filled with aged-out graduates of the foster care system. In developing countries, it’s even worse. They are much more likely to be trafficked or recruited into organized crime. There is a much higher incidence of homelessness. Some statistics show that ten percent of aged-out kids commit suicide within the first year.”

Orphan Outreach’s first aging-out ministry was established in Russia, in 2009. Having served in Russia for many years, the staff knew the children’s prospects upon graduation were dour. So Orphan Outreach developed services to help the young adults adjust as they left the orphanage and began living independently. Unlike children born into stable families, orphan graduates (often no more than 16 or 17 years of age) do not have a built-in support structure to help them navigate college entry forms, job applications, safe housing, and the healthcare system. For many of them, they are but one crisis away from the streets. Orphan Outreach has developed a case management model that creates a community where each young adult is guided by the staff and provided that social safety net.

“We have one graduate in our Russian program, who went to the most prestigious art university in Russia,” Douris says. “He’s now in his 30s, married, and about to have a baby. But he still comes to our weekly meetings and helps other kids that are going through the same process. It’s a lifeline to these kids. They see the staff as their family. If they have a crisis, the first people they are contacting are the members of our staff because they don’t have anybody else to depend on. We’ve seen a lot of success in our Russian program and we are excited to extend that into Ukraine.”

One of the greatest challenges in Ukraine was finding a competent, in-country member of the faith community to lead the organization. Ever faithful, the Lord brought Oleg Shelashskiy, the president of the International Leadership Development Center (ILDC). ILDC is a well-respected organization which trains both the public-sector and the church in orphan care best practices.  He was also President of Ukraine Without Orphans, a leading faith-based coalition inspiring and guiding the church to minister to orphaned and vulnerable children.

Oleg has committed to overseeing both the operations of ILDC, as well as developing T4C; providing a unique opportunity to not only serve the children in Ukraine by developing pilot projects, but sharing the best practices and models developed with the Church. “Many ministries think, ‘We need to go out there and do the work’,” shares Douris. “But we don’t think about quantifying and codifying the work in order to make it available to others serving orphans. There’s not any ministry, I don’t care how big you are, that can do it all. Being able to quantify and then promote best practices mobilizes the Church to serve more children. So, I’m excited about the ILDC partnership; to see how God uses it to inspire and equip others to do orphan care, first in Ukraine and then in other countries.”

In addition to providing fantastic leadership and a strategic partnership, God has also opened doors within the Ukrainian government to partner with Nikolai Kuleba, Ombudsman for Children with the President of Ukraine. Nikolai is a believer who has his sights set on improving the lives of the children of Ukraine, all for the glory of God.

“Working with the government is always challenging,” says Douris, “but, the unique thing about Ukraine is our connection with Nikolai. He was a leader in the Ukraine Without Orphans movement and has a vision to involve the Church in providing preventive services to keep kids out orphanages and help those aging out to reintegrate into the community. He hopes to recruit  a thousand churches that minister to orphaned and vulnerable children in their own communities. So, we are working with him to see how we can make a difference for those kids. Our goal for the children we serve is not only that they are exposed to the Gospel in word and deed but also that they are provided for in a way that breaks the cycle of poverty and addresses abuse and other issues they face.

“There are around 6,000 children under the protection system still living in institutions in Ukraine and they are all kids with special needs. We talk about aging out issues, but you can double those sobering statistics for kids who have special needs. Regardless of what kind of disability they are dealing with, they have a much harder time becoming independent not only in Ukraine but the rest of the world. One of the core directives of this new NGO will be to study how Orphan Outreach can provide model programs and permanency for disabled children aging out of care. This is something the orphan care movement as a whole has neglected to focus on, so I’m excited to develop some models that specifically look at helping this group of children.”

As Orphan Outreach moves forward in the launch of this new program in Ukraine, the board is prayerfully considering how they might incorporate these elements in other countries.

“There’s a lot of good work to be done. We’re really excited about the combination of these two NGOs working together under the same roof and seeing what we can do to impact the children of Ukraine.”

You can be part of the work of T4C and our other ministry initiatives around the world by becoming a James 127 Advocate. You tell the world you are part of a movement dedicated to doing what’s in the best interest of a child. Your gift of just $10.58 a month or $127 a year allows Orphan Outreach to serve orphaned and vulnerable children worldwide, focusing on areas of greatest need throughout the year. You tell the world, “I stand for orphans.” And you tell a child, “I stand for YOU.”

back You just have to go. God is working in Russia. next