The True Weight of a Pencil 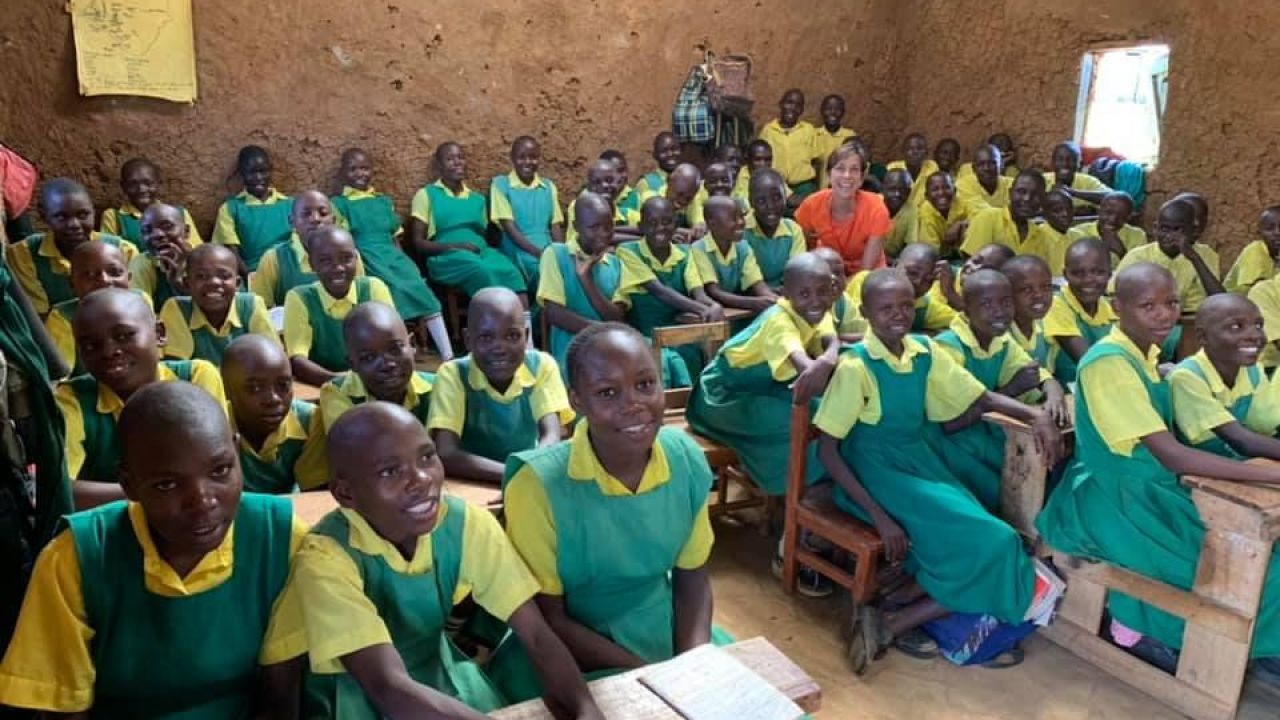 Diana, the sponsorship coordinator for Orphan Outreach, had spent 11 years teaching in the American school system. Her years in the classroom were scattered with pencils that had been sharpened and used—and stepped on, abandoned, broken, and forgotten. She didn't think much about the power of a pencil. That is, until Kenya. It was in a small room in a school in Mathare Slum that Diana first felt the actual weight of a pencil- not the 0.28oz of the average pencil but rather the significance that it held for each of the children that had just opened up the now personalized canvas tote bags to find new pens, pencils, and a sharpener tucked inside. The weight could be felt in the cheers that rang out, it could be felt in the tears that came to her eyes as she realized that the longing they had for such a small thing was only a small reflection of the longing for education they had.

It was in these pencils that Diana felt the full weight of sponsorship. “I get the chance to update the students' profiles and to see their pictures but seeing them in person allowed me to see the full beauty and impact that no photograph is able to capture.” Diana is not a stranger to missions trips, having served in Guatemala numerous times. Yet her trip to Kenya to visit Patmos Junior School and ACK Madeline  School was unlike anything she had seen. “I thought I had seen what poverty looks like, I felt like I had seen it but I hadn’t experienced it like I had in Kenya.” It was in the midst of this poverty that the true beauty of the community was able to shine. As she spent time with the 7th and 8th graders she witnessed an extreme ferocity for learning that was unlike anything she had seen before in a classroom. When going around the room asking what advice the 8th graders would give the class below them one girl raised her hand and responded, “Read. Just keep reading, read anything that you can get your hands on.” The spirit of persistence in education was present in every answer they gave and every prayer request they had. It became evident that sponsoring a child is about providing the financial means to help them with physical needs, but it is also providing them with the confidence that they have support in both their spiritual and educational development. This development does not just support the student that the sponsor is connected with but also extends to their entire family. As Diana visited the home of her new sponsor child, Joseph, in the small hut that he and his family shared, there were numerous pictures of Jesus on the walls. Diana listened as prayers were lifted by all three children and their mother for each of their educations. The younger siblings looked to Joseph, the 8th grade man of the house, and admired every move he made. The education he sought was not only a means for his future but also an inspiration for the futures of his entire family. His aspiration of becoming an engineer is made that much more possible by the alleviation of the financial uncertainty, but also by knowing that a family in America have now developed what they hope will be a lifetime pen pal relationship full of prayer and future visits.

While the children in Kenya have a strong desire to learn, Diana believes there is also a lot that they can teach us in our western countries. The joy they hold is not felt in the material but rather in their knowledge that the provisions they receive are from God and in their reliance on Him. Diana reflected on that very lesson:  “The trip-up as American’s and as a teacher is that when we have material things it’s easy for to not rely on God and His provisions. When we have everything we forget to give thanksgiving and we forget that He wants to have our attention. These kids at Madeline and Patmos crave the Bible and the desire to know the Lord. It is in having the Lord in your life all the time that you find joy.”

In Kenya, students in 8th grade are preparing to take the national exam that will allow them to move onto high school. They fill the tiny classrooms, and choose to stay and study when when they presented with the option of going out and playing. Diana shares, "While the opportunities they have been presented would seem minimal to those of us far removed from their circumstances, they never take it for granted. The world can seem huge but a letter a month to another continent can make it smaller."

One person will never be able to alleviate the weight of the world’s poverty but at the end of the day perhaps one person can lift the weight of a pencil. You can be part of the lives of students in Kenya through sponsorship. Only $36 a month provides students attending high school with essentials like room and board, meals, uniforms, books and school supplies, and wraparound support. Become a sponsor now.