Serving others helps your servant's heart... 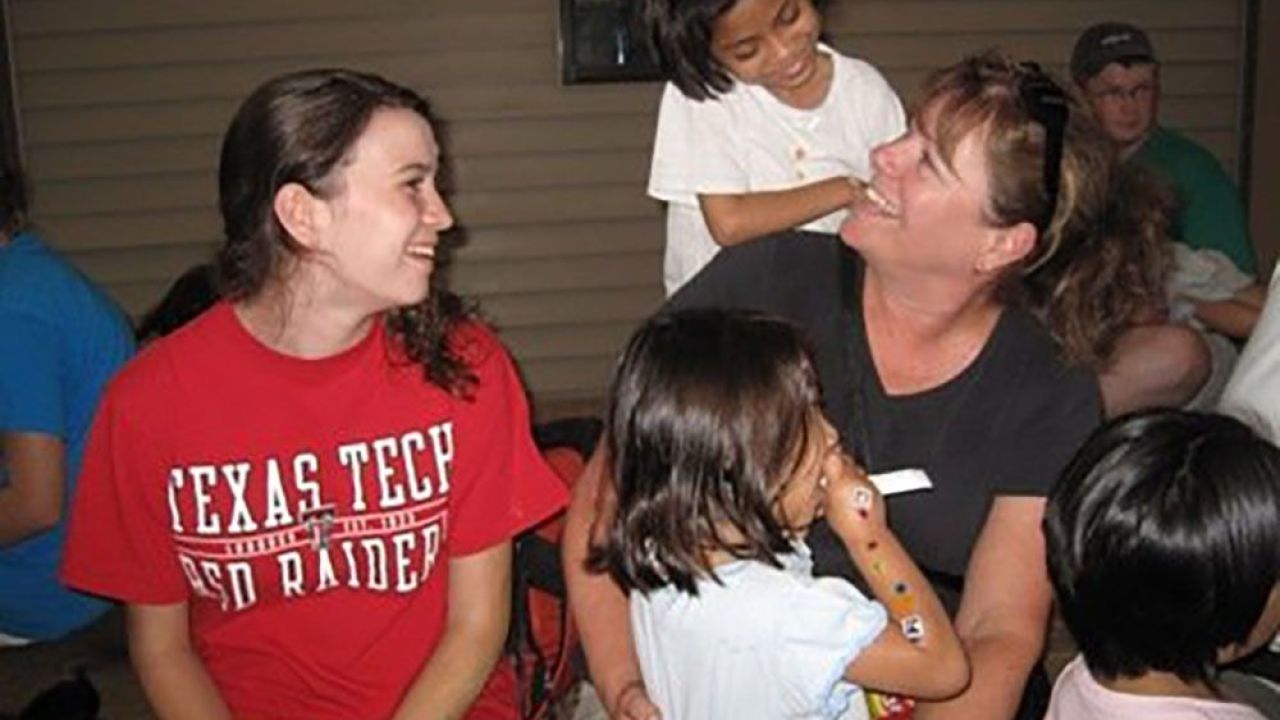 Eleven years ago, Joyce Rogge stepped down from her position as Senior Vice President of Marketing at Southwest Airlines and stepped into a new chapter of her life. Desiring to spend more time with her children during the essential middle school years, Joyce chose to retire from a career she had grown and loved.

A little over a year later, when the newness of retirement was beginning to wane, Joyce received a call that would breathe new vision and purpose into the next decade of her life. Tiffany Taylor Wines, Orphan Outreach Founder and  Director of Marketing and Development, was leading a team of mothers and daughters to Guatemala and she wanted Joyce to come.

“There ended up being twelve moms and daughters on the trip,” says Joyce. “We were all friends, our girls were going into the eighth grade at the time but had known each other since preschool. It started out as just a great thing to do with our daughters. We loved that it would be hands-on and would expose them to a different kind of life and culture.”

This group of women could not have anticipated the way the Lord would move in the hearts of their daughters, or themselves, while on that first trip. “I can remember the initial trip vividly. We went down there and each mom and daughter stayed in their own rooms. Tiffany gave us a journal to write in each night about what had happened that day. My daughter, Jodie, was very private about what she wrote, until the end of the trip when she handed it to me and said, ‘you can read what I wrote.’” Joyce remembers.

“Jodie had written how seeing the poverty and the hardships had affected her. She realized she took things for granted and that her sense of entitlement was wrong. She became one of the ones saying, ‘We’ve got to help them. We can’t just go back home and stop.’”

Several of the daughters on that trip felt as Jodie did and, upon returning home, they spoke with their moms about ways they might continue to be involved in Orphan Outreach’s mission. They quickly decided to focus on education. The hope was to pay for each child to attend school and provide them with a uniform and school supplies.

“We figured out that that the total cost would be about $6,000,” Joyce says. “The ten of us in Dallas discussed it and said, ‘you know, we could each write a check for $600 and cover it. But, what would that be teaching our daughters? And would that help the organization in the long run?’ So, we decided to found WOW, Women for Orphans Worldwide.”

WOW is a volunteer-run auxiliary whose efforts support the work Orphan Outreach is doing around the world. The founding chapter in Dallas supports the partner programs in Guatemala; though, other chapters have since opened in cities like Houston, Nashville, and Atlanta, each supporting various countries.

That first year, WOW hosted a luncheon that raised $8,000, far exceeding their original goal. Since then, they have raised more than $1 million for Orphan Outreach and have sent hundreds of families on mission trips to Guatemala.

“There’s nothing better than spending time with your family doing God’s work. We’re all so busy with our lives, doing and going and deadlines, that you forget the real purpose. Being able to serve others brings that servant heart back to you. That’s what I like to keep alive and what I’ve loved showing and sharing with my family. There’s a closeness that comes from building a stove with your kids or husband. I’ll never forget when I turned and saw that look on my daughter’s face. She was so proud she had made something with her own hands; something that would make a positive difference in someone else’s life.” Joyce remembers.

Since that first trip in 2008, Joyce has returned to Guatemala nearly every year. Traveling each year has solidified friendships with the families who live in the ravine, including a woman named Maria Teresa. Joyce met Maria Teresa when she was selected to receive a stove from Orphan Outreach. Rather than accepting the stove herself, Maria Teresa chose to donate it to her neighbor, who suffered from asthma exacerbated by her wood-burning stove. Maria Teresa's selflessness touched Joyce and each year they seek each other out to talk and pray.

One of the ministry partners nearest to Joyce’s heart is Little House of Refuge. Over the years she has been able to watch the children living at the private home grow up. She also has developed deep friendships with the two sisters who run the home. A particularly dear memory for Joyce was hosting the sisters in her home when they visited Dallas for Orphan Outreach's fifth birthday celebration. It was a joy she will not soon forget. For the past three years, Joyce has served as a member of Orphan Outreach's board of directors. She currently serves as Chairman.

“Being able to meet the other board members has been so rewarding. While the members are from very different backgrounds, they are so caring and genuine in their love for Orphan Outreach,” explains Joyce.

“Our growth has been pretty phenomenal in the ten years I’ve been with them. My hope is that we can maintain the culture that we have developed. We have this wonderful culture of caring not only for the people that we minister to but also for the staff, the volunteers, and even the donors who are a part of the Orphan Outreach family.  One thing I find so admirable and is so well respected within the nonprofit community is that we have such a high ethical creed. It’s something that's constantly challenged in the countries we serve. There have been times we’ve been able to help potential partners rise to our higher standard. Other times we’ve had to walk away from something we’ve really loved.”

Joyce continues to enjoy retirement as she serves, reads, travels and spends her time with friends. She is especially looking forward to her husband’s retirement in a few years.

“I don’t know what the next chapter will hold but I know it will include more mission trips,” Joyce says, smiling.

back Loving the Outcasts Our foundation is strong. The future is bright because God is still the author. next