Ministry Programs in Guatemala Impact the Lives of Young Filmmakers 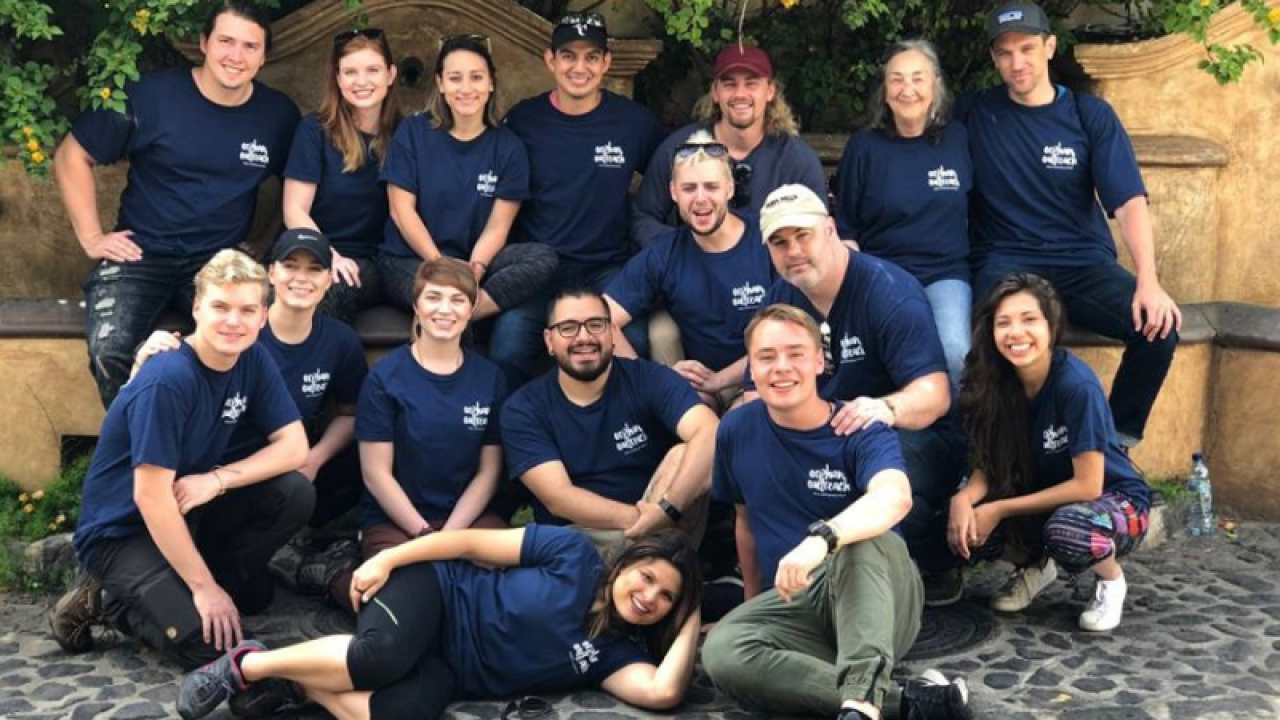 It’s five in the morning, and sisters Emily and Hannah Puder are sipping on warm cups of coffee, preparing to shoot the sunrise over Antigua, Guatemala. They are two of the eleven students who were chosen to participate in the first trip of its kind for Regent University and Orphan Outreach. Together, these students and their professors, Vince Williams and Peggy Southerland, were ready to find the stories of those served by Orphan Outreach — but they weren’t prepared to have their own stories impacted forever.

Vince Williams was a new hire for Professor Peggy Southerland in 2017. An award-winning videographer, Williams embodies Regent’s mission to equip Christian leaders to change the world.

“When I entered the film industry, my prayer was to use video to promote the message of Christ throughout the world. I saw film for what it was: the most powerful communication tool on earth. Film influences people. I waited for about a decade for God to answer that prayer when I met Amy Norton (Director of Programs for Orphan Outreach in Asia, Africa, and Eastern Europe) on a film set. We tried out a test run trip to Guatemala for three days and I've been volunteering for Orphan Outreach ever since. I have met some incredible people along the way. It has been truly life and career changing for me.” Williams says.

When he accepted the position at Regent, Williams had already felt God place the dream to take students abroad on his heart. The opportunity came sooner than expected, however, when, during an open meeting with students, Professor Southerland suggested he organize a trip for that coming summer. Williams didn’t need convincing, and after an overwhelming show of support from Regent’s board of directors, what began as mere suggestion suddenly became a full fledge plan. “God’s hand has directed this trip from beginning to end. I trusted that He would take care of calling students if myself, Peggy, Orphan Outreach and Regent University could open the door for the trip. My desire was to bring students with a heart for mission work and a passion for the film industry. Amazing things can happen when you combine those two things.” Williams explains.

Among those ten students were Emily and Hannah Puder, graduating seniors in Cinema-Television and Strategic Communications respectively, and Bruna Vilela, a junior in Cinema-Television. While some of the students had been abroad and on mission trips before, these three girls had not. This would be a completely new experience for them and they were thrilled.

“I have always wanted to go overseas; I love to travel. I knew this would be an opportunity to use all the skills I’ve been learning for the past four years to create something that could really have an impact and change people's lives.” Hannah shares. Once they arrived, the students were divided into teams, each of which also included a director, a translator, and a representative from Orphan Outreach. The first team covered the Guatemala Association for Down Syndrome in Guatemala City providing holistic training and therapy to children with special needs and their families. The second filmed the Community Care Center in Chimaltenango focusing on the importance of education as a key to breaking the cycle of poverty. An all-girl team made up of Ms. Vilela, Ms. Puder and Ms. Puder told the story of Hope & Future, where efforts are being made to bring together the public and private sectors to provide true wraparound care to victims of sexual abuse and exploitation.

Each day the teams would gather for breakfast, and then hear a short devotional and receive the rundown for the day from the Orphan Outreach trip leader, Ronne Rock. Then, they would break into their groups and head to their respective locations for a day of filming.

Hannah Puder recalls her first visit to the government home for girls, located in Xela:

“We had been prepped for the conditions that these girls had come from. It is sobering walking into that environment. Everything is purple and lime green. All their beds are together in one room. The girls are all together most of the time. The director had all the girls come in and teach us their morning chant: ‘We are blessed.  We are prosperous. We are beautiful. We are made in God’s image.’ Something about that hit me because I was looking at these girls and they don’t look blessed, they don’t look prosperous. Yet, that is how they are welcoming us, as Americans.” As the girls moved between the government home and the private home, they could not help but be impacted by the stories they heard. Bruna Vilela was particularly affected by the interviews they recorded and often struggled to stay behind the camera:

“Sometimes I’d go to Ronne and say, ‘I need a minute alone. Why am I feeling like this?’ You don’t know if you want to cry or punch a bag or scream at the top of your lungs. I became friends with two girls in particular and that was something really special.”

The teams were able to accomplish their filming goal in just three days; a feat that is unheard of in the film industry. Once home, the students began the post-production process, editing three promotional films, three documentaries and one ‘behind the scenes” film. They plan on entering the documentaries into film festival circuit this fall.Their hope in submitting these films is singular: to inspire their viewers to action on behalf of these causes.

“Our Facebook feeds are full of short films that make you cry; but, our challenge as filmmakers is to move people to action. I want to move the viewer towards a better understanding of the circumstances in Guatemala, the world, and ultimately of themselves.” says Emily.

As for the students, their eyes have been opened to a whole new world of possibilities for their craft. “My mom has a saying”, Vilela shares, “‘What your eyes don’t see, your heart doesn’t feel.’ Well, my eyes have seen and my heart is feeling like it's never felt before. Telling these girl’s stories has given me a sense of satisfaction that I haven’t yet felt as a filmmaker. I don't know what that means for my future exactly, but I know I want to continue helping people and sharing their stories with the world.”

Several of the students echo Vilela’s desire to continue telling stories like those of Orphan Outreach programs by using the art of filmmaking. Others, like Emily Puder, have committed to loving those in her local community better than before.

“I’m certain this trip will have an impact and a legacy for years to come.” Williams says.

Orphan Outreach is excited to unveil the new promotional videos this fall. We are certain the hard work and dedication of these students will shine through as well as their invitation for you to get involved in the incredible work happening through our partnerships in Guatemala.

back The Bridges We Need to Connect Our World Our foundation is strong. The future is bright because God is still the author. next