You just have to go. 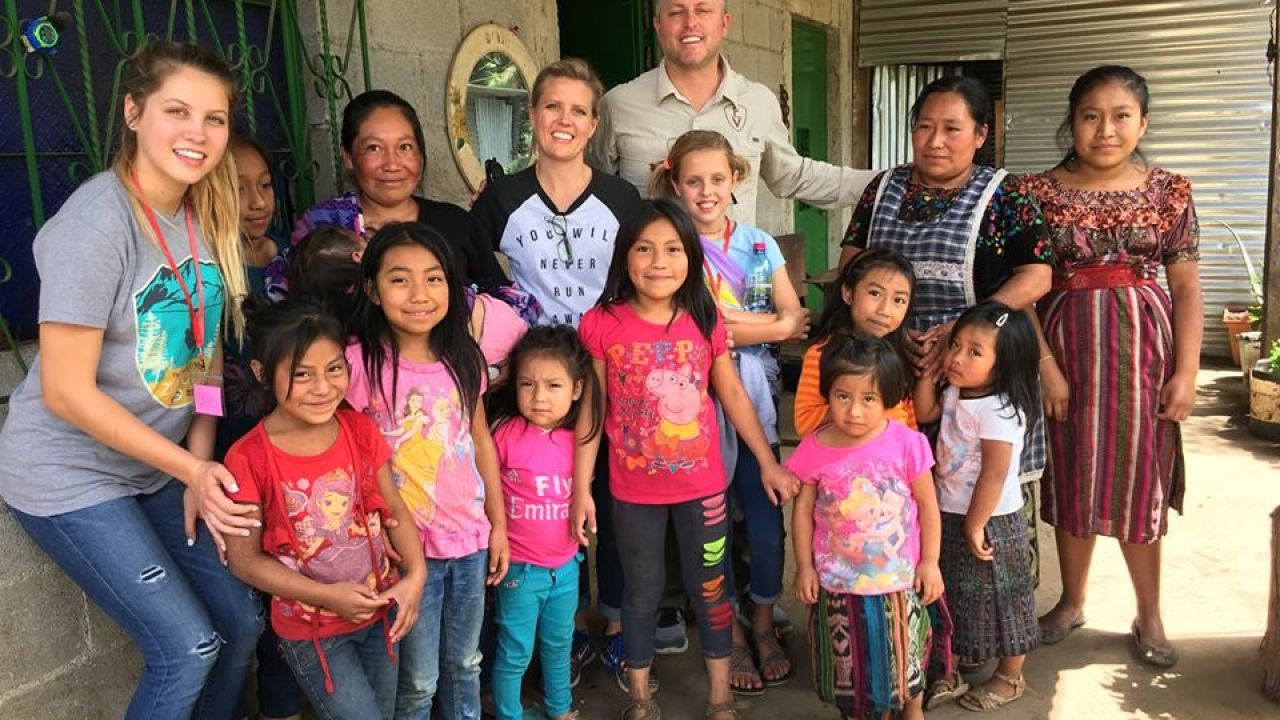 The invitation to travel with Orphan Outreach came in the midst of a very hard season for Cobi Porter. The spring of 2009 was one of loss and hardship; but according to Cobi, saying yes to that trip gave her hope God was not done with her yet.

“My mom invited me to go Guatemala with her church. I was excited to go because I felt called to missions in high school and had gone on several mission trips before. At the time, though, I was really struggling. I knew that God had called me to love people and to share His word. But there had been some circumstances in my life, some broken relationships and loss, that left me feeling like I had not been loving people well. It was very humbling to decide I would go and pour my heart into loving these kids.”

About the time Cobi felt she had overcome her concerns about the trip, life presented yet another hurdle for her to overcome.

“Six weeks before our trip was scheduled, I was in a freak accident. My daughters and I were sitting in the porch swing, when it detached from the ceiling. I fell and landed on my head, resulting in a a traumatic brain injury. I was in the ICU for about a week. You know, brain injuries can be so volatile, you never know what's going to happen. Miraculously, I survived and did not suffer any long-term side effects from the fall.”

While her doctors urged her to be cautious, they ultimately cleared her for travel. Many people discouraged Cobi from attending her upcoming mission trip, but her husband, Judd, was supportive. He wanted Cobi to go where the Lord had called her. With his support, Cobi decided to go.

“That trip was a bright spot during a dark time. The accident left me feeling very fearful, but the trip restored some of that confidence and excitement. It ended up being a very small team of us; my mother, my sister-in-law, my son Caleb, who was ten at the time, and myself. We just fell in love with the ministry.”

Cobi continued traveling to Guatemala, taking her second trip six months later, and a third trip one year after that. With each trip she invited new people to serve with her through Orphan Outreach.

“I could see the difference Orphan Outreach was making and I just dove in headfirst. I started taking teams from my church and they fell in love with Guatemala. We continued to travel year after year.”

In the ten years Cobi has traveled with Orphan Outreach, she has witnessed programs come and go. For Cobi, it has been a lesson in loving and letting go, entrusting the children she had come to love to God, their Father who cares for them.

“There was a young girl named Marlene at the first ministry site I served in Guatemala. She was close to my son’s age at the time, and we had played different games and spent a lot of time with her. I didn’t realize that she had a younger sister there, who was just a few months old. The baby’s name was Dulce. Several times during the week we were there, Dulce would climb in my lap and fall asleep and I would hold her for the rest of the afternoon. One day, near the end of our trip, Marlene came up and asked me if I would please adopt her sister, Dulce. It just broke my heart. She wanted more for her little sister. Guatemala prohibited international adoptions, so there was no way I could have taken Dulce home. But each year we visited, Marlene and Dulce were there and we were able to check in on them. Unfortunately, Orphan Outreach had to disconnect from that orphanage and we lost contact with the girls. Again, we were heartbroken, but we continued praying for them and trusting God with their lives. But we have been able to connect since then, through social media. It is pretty amazing.”

These experiences have begged Cobi to consider what she believes it means to serve orphans well.

“Serving orphans well means doing what God calls us to do; that is, to love others as he has loved us. This is something we pray with our own kids, that God would give us hearts to love people the way he that he loves us.  That means loving them wherever they're at, speaking the truth about who God is and extending his grace, his love, and salvation to them. I believe it’s also providing them an education, clean water, meeting the physical needs that they have. We want to give them a way to succeed on their own, to grow up to be ministers of God’s covenant, and be able to serve, as well.”

Cobi has served on the board of Orphan Outreach for three years and finds it to be a very humbling and educational experience. She views her role as that of an advocate, helping her community understand how orphans around the world are living and how Orphan Outreach is working to meet their needs.

“My prayer for the board is that we would have wisdom as we grow,” said Cobi. “Over the last ten years the ministry has grown so much. I pray we would have the wisdom to know which ministries to partner with, how to develop them, and how best to support the kids. My greatest hope for our ministry partners is that we would reach the individuals we serve with the Gospel, that they would come to know Jesus and for their life to change because of it.”

Cobi home schools her three younger children: Claire, Ainslee, and Calaway. Cobi and Judd’s oldest son, Carson, is a sophomore at Baylor University. Together, they enjoy serving in their church’s youth group, attending Baylor football games, camping and bike-riding. She and her family still love traveling with Orphan Outreach, and hope to continue taking annual trips to Guatemala.

“It’s not always easy to give your time, and it can be expensive to go on a trip, but I have to say it’s worth it. It will change your life and your heart. You’ll love the people there so much you’ll want to keep coming back. You just have to go.”

To experience the hope that inspired Cobi, consider joining one of our next mission trips. And remember, one of the great ways you can serve all the ministry partners of Orphan Outreach around the world is by becoming a James 127 Advocate. You tell the world you are part of a movement dedicated to doing what’s in the best interest of a child. Your gift of just $10.58 a month or $127 a year allows Orphan Outreach to serve orphaned and vulnerable children worldwide, focusing on areas of greatest need throughout the year. You tell the world, “I stand for orphans.” And you tell a child, “I stand for YOU.”

back ...and most of all, hope Our foundation is strong. The future is bright because God is still the author. next