Bless the work of our hands... 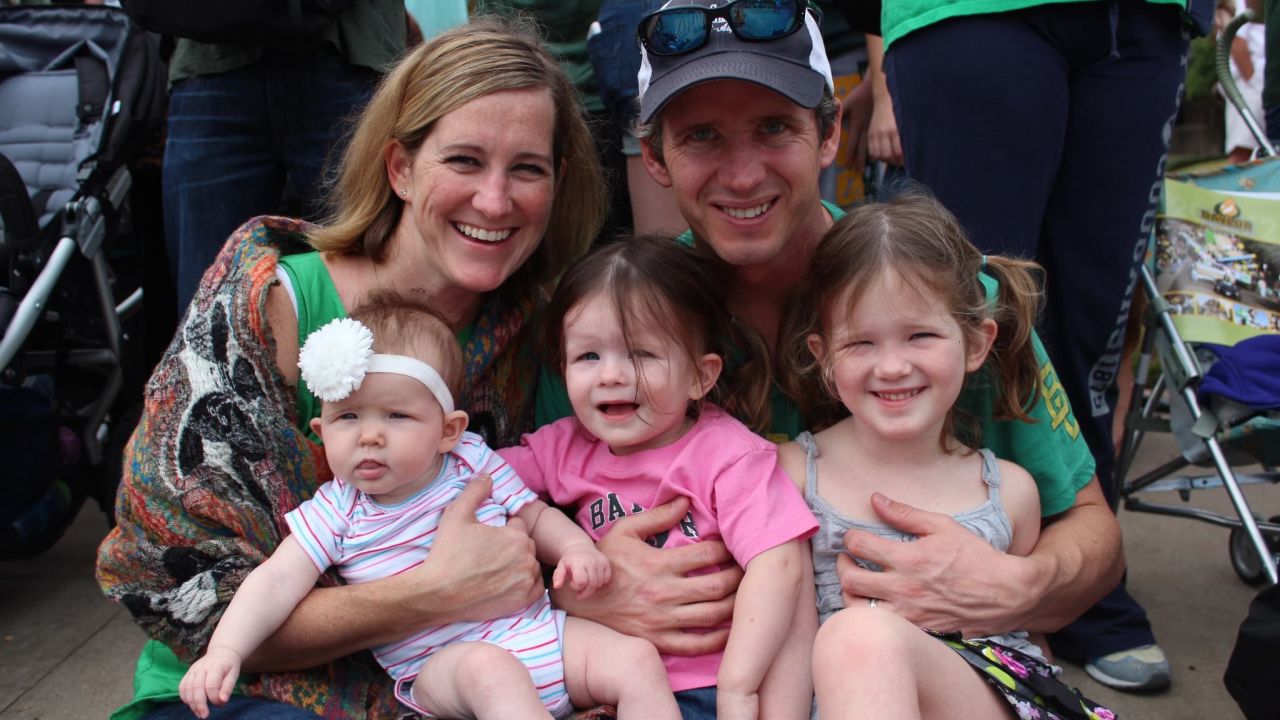 What would convince a Canadian to move to the States? Well, water-skiing, of course! At least, that is what brought Bryan Larson to Arkansas, over twenty years ago.

“I moved to the States to teach water-skiing at a summer camp. I loved working with kids and summer camp had been influential for me as a young person. It’s the perfect setting to introduce people to Jesus and grow their faith.” Bryan shared.

While working at Camp Ozark that summer, Bryan met his wife, Eraina. She was attending Baylor University at the time, studying Early Childhood Education. Having fallen in love with both Eraina and America, Bryan decided to stay. He applied to Baylor for Law School and got in.

“After we graduated and were married, we moved to Dallas where Eraina started working at Buckner International. She worked closely with Mike Douris at the time and traveled extensively with his team.”

When Mike left Buckner to begin Orphan Outreach, Eraina went with him. Together, she and Bryan helped to launch the organization.

“So, we have been around from the beginning,” Bryan explained. “Eraina worked on staff for about a year, but then we started having kids and she decided to stay home.”

Bryan and Eraina have four children, ages 10, 8, 6, and 4. While they were no longer formally involved, they kept in touch with Orphan Outreach; until three years ago, when Bryan joined the board.

“I think there are something like forty commands in the Bible to care for widows and orphans. The way the North American Church is organized, it isn’t really equipped on its own to care for orphans around the world. What I feel Orphan Outreach does so well is provide an opportunity for churches and individuals to fulfill that biblical command. I think Orphan Outreach is uniquely equipped to do that. I can think of no one that's doing it better or more efficiently.”

To Bryan’s mind, the power behind Orphan Outreach’s mission lies in its staff:

“The Orphan Outreach staff is outstanding. There's a lot of tenure among the team, a lot of expertise. It's been a joy to serve alongside them and to support them.”

Bryan feels his personal gifting lies within administration and organization, allowing him to provide background support for whatever the staff and volunteers are doing on the front lines.

“It’s been an enormous privilege to serve on the board,” said Bryan. “Orphan Outreach is a leader in best practices for the care of vulnerable children. Mike Douris serves on the board of CAFO, The Christian Alliance For Orphans, and frankly there’s a lot of waste and bad care around the globe. I think Orphan Outreach does a good job determining where they are going to invest their donor funding. They’re very strategic, insuring every dollar is going to the physical, emotional, spiritual growth and education of these kids.”

While Bryan admits there is a lot that goes into caring for orphans, he believes truly serving them well boils down to one thing:

“A big part of caring for these kids is just showing up. Each one of them was made in God’s image, but they are in a challenging situation. They need to know they’re not alone,” said Bryan. “I remember being in Kenya and there was a young boy named Isaac. He couldn’t have been more than eight-years-old but he recited Psalm 139- the entire thing. You know, he said, ‘I am fearfully and wonderfully made’ and he is. These people are made in God’s image but don’t have a mom or a dad and they just need someone to show up.”

Having been in the thick of parenthood for the last ten years, Bryan has not been able to travel as often as he would like. But he is still in touch with several of the young boys, now young men, that he met on that initial trip to Kenya.

“It doesn’t take much.

You can have a lasting impact that really helps kids, that gives them hope that there's someone who cares about them,” said Bryan.

Bryan and Eraina want to instill this value in their children and have found creative ways to get them involved in Orphan Outreach.

“We have taken our family up to the Hope Center where Orphan Outreach is headquartered, to help sort backpack and supplies that are sent around the world. That's been an easy way for us to introduce our kids at a young age to helping others. We definitely plan on taking the kids on mission trips as they get older, though,” Bryan shared.

As Bryan looks forward to the next year for Orphan Outreach he has a lot of hopes, all of which are centered on the Holy Spirit’s wisdom and guidance.

You can be a part of that work by becoming a James 127 Advocate. You tell the world you are part of a movement dedicated to doing what’s in the best interest of a child. Your gift of just $10.58 a month or $127 a year allows Orphan Outreach to serve orphaned and vulnerable children worldwide, focusing on areas of greatest need throughout the year. You tell the world, “I stand for orphans.” And you tell a child, “I stand for YOU.”

back Days of Hope RESTORED through Sponsorship God is working in Russia. next